At a news conference Monday afternoon where Mayor Lori Lightfoot pleaded with residents to step up and let their voices be heard, acknowledging that Chicago has a 55% census response rate — compared to 62% nationwide – threatening millions of dollars in federal aid to the city.

Lightfoot spun the 2020 census as a way to stick it to President Donald Trump’s effort to target immigrant communities.

“Don’t let them win,” Lightfoot said. “We win by making sure we are counted.”

She said some neighborhoods on the city’s West and South sides have seen response rates lower than 40% so she donned her lime-green cowboy hat and whistled up the Census Cowboy.

In these politically correct times we’re not entirely sure how we’re meant to react to this embarrassing stunt – which is hilarious!

Starting in July, census takers will visit homes that haven’t yet responded to the 2020 Census. In Chicago, they’ll have a posse.

The results of the 2020 Census will help determine how hundreds of billions of dollars in federal funding flow into communities every year for the next decade. That funding shapes many different aspects of every community.

Census results influence highway planning and construction, as well as grants for buses, subways, and other public transit systems and how money is allocated for the Head Start program and for grants that support teachers and special education.

The list goes on, including programs to support rural areas, to restore wildlife, to prevent child abuse, to prepare for wildfires, and to provide housing assistance for older adults.

Here’s a full list of what the Census, mandated in the Constitution, will help to allocate. 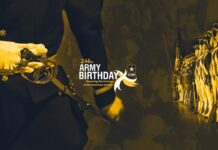 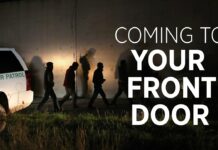 Border Town Blames Biden for This

Why Kackling Kam won’t go to the Border

Sound Advice for Rodgers’ Rangers (then and now)

Viral Vid: Juggling from Above