Appearing at the White House Rose Garden on July 14, President Trump called enforcement of this regulation was a “key element” of former Vice President Joe Biden’s platform for president, saying it would “abolish the suburbs…”

Trump explained, “Enforce Obama-Biden’s radical AFFH — that’s the AFFH regulation that threatens to strip localities of federal affordable housing funds unless they change their zoning laws to fit the federal government’s demands.  So what you have — I mean, I’ve been watching this for years in Westchester, coming from New York.  They want low-income housing built in a neighborhood.”

But with changes to the rule released in January, the zoning mandates have been repealed. Trump said, “I’m ending that rule.  I’m taking it out, so — I spoke with Ben Carson the other day.  We’re going to be taking it out.  I’ve watched that whole thing go, and now they want to make it twice as bad in the suburbs — in the suburbs. Mothers aren’t happy about that.  Fathers aren’t happy about that.  They worked hard to buy a house, and now they’re going to watch the housing values drop like a rock, and that has happened.  It dropped like a rock.  So we’re not going to do that; we’re going to do the exact opposite.”

Under the new rule that was proposed by the Trump administration on Jan. 14 with comments that ended on March 16, “Jurisdictions are free to choose to undertake changes to zoning or land-use policies as one method of complying with the AFFH obligation; however, no jurisdiction may have their certification questioned because they do not choose to undertake zoning changes.”

This differed drastically from the original 2015 regulation had included an explicit requirement calling for changes to local zoning, stating, “This final rule, and Assessment Tools and guidance to be issued, will assist recipients of Federal funding to use that funding and, if necessary, adjust their land use and zoning laws in accordance with their existing legal obligation to affirmatively further fair housing.”

At the time, the Republican-controlled House of Representatives adopted an amendment by U.S. Rep. Paul Gosar (R-Ariz.) to defund implementation of the regulation. Later, a more moderate provision by Sen. Susan Collins (R-Maine) passed the Senate easily 87 to 9 in 2016 that barred the regulation from being used to affect local zoning.

The Collins amendment was eventually included in the 2017 omnibus, the 2018 omnibus, the 2019 omnibus, and the Consolidated Appropriations Act of 2020, stating: “None of the funds made available by this Act may be used by the Department of Housing and Urban Development to direct a grantee to undertake specific changes to existing zoning laws as part of carrying out the final rule entitled ‘Affirmatively Furthering Fair Housing’ … or the notice entitled ‘Affirmatively Furthering Fair Housing Assessment Tool’…”

Now, there are plenty of non-discriminatory reasons why cities wouldn’t want the federal government to interfere with local zoning. For example, it might result in property values declining. Or, conversely, because demand for property would remain high in densely populated areas, changes to zoning might still result in high prices, thereby mitigating the effects of reform to make housing more affordable.

In 2018, I personally submitted comments to the Department of Housing and Urban Development noting Congress had explicitly barred implementation of AFFH as written and that, to comply, the regulation would have to be rewritten to remove the zoning requirements and making any changes voluntary.

The Department found further legal justification for revising the AFFH rule to remove zoning mandates under 42 U.S. Code § 12705(c)(1), which states, “the adoption or continuation of a public policy identified pursuant to subsection (b)(4) [which includes local zoning ordinances as a potential barrier to affordable housing] shall not be a basis for the Secretary’s disapproval of a housing strategy…”

This provision, per HUD, “prohibits HUD from disapproving consolidated plans because a jurisdiction adopts or continues zoning ordinances or land-use policies.” Meaning funds cannot be denied on the basis of a city or county’s lack of a plan to change zoning.

Now, President Trump may be taking the additional step of scrapping the rule altogether.

Of course, a future Biden administration might not see things the same way. Therefore, the President ought to press Congress to continue including the Collins amendment in future appropriations bills to prevent the federal government from dictating local zoning policy. In the meantime, President Trump on his own is ending federal dictates and restoring local government control over zoning — the way it should be.

Python in pool! (You’re going to love this or hate it – Take our Poll.) 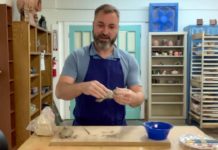 Something for the kids: Make a Pinch Pot Turtle from Clay 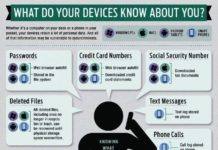 What does your phone know about you?