By Peter Brookes, senior research fellow, focusing on weapons of mass destruction and counter proliferation, in the Davis Institute for National Security and Foreign Policy at The Heritage Foundation. Original here.

When most people think about the military and the coronavirus, they think of stories such as the hospital ship, USNS Comfort, deploying to New York City, or the National Guard helping with test sites, or the Army Corps of Engineers erecting temporary hospitals this past spring to handle an overload of sick patients.

We’re fortunate to be able to look to the military for support in this time of a national public health crisis and indeed it has played a major role in the federal response. But the fact is that the virus is having an effect on the military, too, creating challenges for national defense.

Here are some examples of the impacts of the coronavirus on our military forces:

Ongoing preparation and instruction is a fundamental element of our modern military, ranging from boot camp for new recruits to advanced war college education for senior leaders. The current widespread prevalence of the coronavirus affects these programs.

Basic training for the services continues, albeit with reduced intake numbers and many additional restrictions such as physical distancing and testing for infection.

If soldiers, sailors, airmen, or Marines are ill with the coronavirus, the flu, or something else, it can hurt their ability to fight if needed.

Indeed, during the 1918 Spanish flu, the combatants kept quiet about the virus’ spread for fear of discouraging their troops—and encouraging their enemies.

This spring, the aircraft carrier USS Theodore Roosevelt had a coronavirus outbreak aboard ship that sickened more than 1,000 sailors of nearly 5,000 crew members. On 13 April, a 41-year old chief petty officer, died from the virus.

While the Navy got the ship back to sea after two months, overall operational readiness in the Pacific was impacted while the carrier was pier-side in Guam.

The Navy has also issued new COVID-19 pre-deployment guidance for crews getting underway, which should reduce the chances for future infections.

The defense establishment needs not only to procure and manufacture weapons systems, but repair and maintain them to keep them in service for our troops and our nation. You need a skilled—and healthy—work force on the job to do that.

Due to the epidemic, in June, the Navy called up some 1,600 naval reservists to support aircraft carrier and submarine repair work at four shipyards to replace workers deemed at high-risk from the coronavirus.

With U.S. forces stationed or deployed around the world, good military and diplomatic relations with foreign governments is critical. An infectious disease such as the coronavirus can introduce tension into these foreign relations.

For example, a spike in coronavirus cases to nearly 150 at U.S. bases on Okinawa, Japan, has caused concern among local authorities, who are anxious about the spread of the virus into the population.

The Japanese defense minister also expressed concerns about the handling of the outbreak, which put stress on the U.S.-Japanese alliance.

Military Will Endure This Crisis

Of course, these are just a few examples of the effects of the coronavirus pandemic on U.S. military forces. There are certainly more in each of the identified categories.

Indeed, many military exercises and training events, especially overseas, have been delayed or canceled due to the concerns about spreading the virus nationally or internationally.

Likewise, in-person official visits, professional conferences, and nonessential travel, which advance military objectives, have been suspended in an attempt to contain and mitigate the risks associated with this worrisome virus.

Though more than 20,000 service members have reportedly contracted the coronavirus so far, the number is likely higher due to the seemingly high percentage of asymptomatic carriers of the virus.

Fortunately, the men and women of the armed forces are mostly young, and in good physical health, which reduces the likelihood they will need hospitalization.

There is no question that the coronavirus threatens the health and well-being of the force. But like the rest of us, the military has, and will, endure this public health crisis.

The U.S. military is thoughtfully innovating to meet its readiness and mission requirements. It’s fully capable to defend the country and protect our interests overseas despite the virus.

Indeed, as Americans, these tough times will likely improve the resilience of both our military—and the nation. 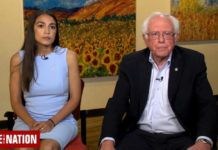