Americans justifiably are concerned about foreign entities working to influence the outcome of our 2020 elections. There is, however, one party with just such a plan already well underway and well-funded that is far closer to Main Street, USA than any foreign entity — George Soros.

Soros and a handful of fellow far-left true believers are well on their way to investing billions of dollars to ensure that tens of millions of mailed-in ballots decide who will be our next president. On the surface, their plan appears benign and wholly in the public interest, with nary a hint of the leftist agenda for which Soros is well known. For example, a recent story in the Atlanta Journal-Constitution described an effort by a pair of nonprofit organizations to mail more than two million applications for absentee ballots to voters across Georgia. The article noted that the organizations – the Center for Voter Information and the Voter Participation Center – plan to follow this initial tranche of absentee voter applications with additional mail drops in the coming weeks. These mass mailings are designed to ensure that as many voters as possible receive absentee ballots, ostensibly to protect them from the “dangers” posed by the coronavirus were they forced to vote in person. It is revealing, however, that the applications are not being sent to voters generally, but only to those described as “irregular voters,” who traditionally or historically do not vote.

Soros is of course not the only left-wing advocate funding mail-in vote campaigns; he is simply one of the wealthiest and most notorious. Other benefactors for this leftist goal include the Ford Foundation, Susan Pritzker of Hyatt Hotels fame, the Grove Foundation and many more. They have been actively pursuing their goal of universal mail-in voting for years, but especially since being shocked by Trump’s win four years ago.

Mail-in voting maximizes the chance for fraud at every step of the way, from who requests and then fills out the forms received by mail, to the same or different individuals depositing the actual votes into drop boxes with no security whatsoever. What such a plan will do, thanks to billions in funding by Soros and his leftist cohorts, is to accelerate the “reimagining” of America into a society devoid of meaningful values.

Bob Barr represented Georgia’s 7th District in the U.S. House of Representatives from 1995 to 2003 and served as the U.S. Attorney for the Northern District of Georgia from 1986 to 1990.  He now serves as President of the Law Enforcement Education Foundation based in Atlanta, Georgia. Reproduced with permission. 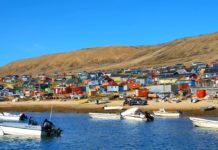 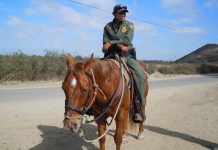