Michelle Malkin is on a tear against Soros. Here she lists the organizations he supports here in America.

Namaste, you can read it here: @michellemalkin: THREAD: #FollowTheMoney Soros A-Team: AbolishICE, Antifa & Sanctuary Anarchists. This is a compilation… https://t.co/nsePIf0teM Share this if you think it's interesting. 🤖

This is a compilation of Open Society Foundation-funded groups/grantees tied to #anarchotyranny in America.

All info comes from #OpenBordersInc. Bookmark & share. You won’t see this on Fox News.

Soros speech-squelchers and manufacturers of “hate” who defame all of us who dare to expose their funding, tactics & lies.

/11 And that’s just the tip of the SorosWorld iceberg.

Instead of crapping their pants when people dare to connect the Soros dots, we need conservatives to grow balls and demand #StopSoros laws like Hungary’s*.

* Hungary passed what the government dubbed the “Stop Soros” law, named after Hungarian-American billionaire George Soros. The new law, drafted by Prime Minister Viktor Orbán, creates a new category of crime, called “promoting and supporting illegal migration” — essentially, banning individuals and organizations from providing any kind of assistance to undocumented immigrants. Right now this law is being challenged in the EU courts.

It also passed the NGO law, which was passed in 2017, required NGOs that took 20,500 euros or more a year from overseas to register all foreign donations above 1,500 euros with the government, which shared the information online in order to make foreign funding of so-called “civil society” groups more transparent. According to the European Court of Justice, the NGO law is discriminatory and unjustifiably restricts both the NGOs and those who donate to them. The court cited the EU principle of the Free Movement of Capital as well as claiming the NGO law violated privacy and the right to respect for private life, Die Welt reports. The law was largely seen to be aimed at the network of NGOs that receive funding from left-liberal Hungarian-American billionaire George Soros, who Prime Minister Viktor Orban has repeatedly criticised, saying he wishes to flood Europe with millions of illegal migrants. Breitbart 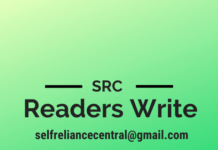