According to the Fraser Institute’s calculations of overall economic freedom, Delaware apparently has the worst politicians and New Hampshire has the best ones.

According to comprehensive estimates of economic liberty in Freedom in the 50 States, New York’s politicians seem to be the worst and Florida’s are the best.

But what if we focus just on fiscal policy?

Today, let’s look at a comprehensive assessment of the nation’s governors, courtesy of Chris Edwards. Here’s his core methodology.

Only four governors got the highest grade (and that’s using a curve!), led by Chris Sununu of New Hampshire.

Those of you who follow politics may be interested in knowing that Kristi Noem (R-SD) and Ron DeSantis (R-FL), both potential presidential candidates in 2024, got “B” grades. So good, but not great.

Now let’s look at the most profligate chief executives.

The worst of the worst is Jay Inslee of Washington. So however bad Biden’s agenda is for the country, let’s be happy that Governor Inslee didn’t win the Democratic presidential nomination.

I’m not surprised by the other “F” governors. Though I am surprised that Gov. Pritzker isn’t in last place, given his efforts to get rid of the the Illinois flat tax.

For what it’s worth, the best-ranked Democrat (a “B” grade) is Steve Sisolak of Nevada. I assume this means he hasn’t tried to ruin the state’s zero-income-tax status. The worst-ranked Republican (a “D” grade) is Bill Lee of Tennessee and his bad score is because of huge increases in the state spending burden.

Last but not least, Chris identifies a systemic problem impacting almost all states. Simply stated, government spending has been growing too rapidly, more than double what would be needed to keep pace with inflation.

In the study, Chris says states should use “rainy day funds” to avoid boom-and-bust budgeting (in other words, set aside some revenue when the economy is growing so it’s not necessary to make big adjustments when there’s a recession).

That’s definitely a prudent approach, and the study points out that some blue-leaning states like California follow that policy, while others (most notably, Illinois) recklessly spent surplus revenue.

My two cents is that a spending cap is the best long-run solution, and Colorado’s TABORis easily the best fiscal rule among the 50 states.

P.S. Governor Sununu of New Hampshire needs to continue getting good scores to atone for his father’s terrible role, as Chief of Staff for George H.W. Bush, in pushing through the failed 1990 tax increase. 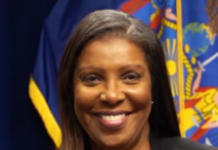