Google, Facebook and Twitter not only funded participants in the election – and in FB’s case, some of the counties, they also throttled back sharing of conservative messages, deleted pro-Trump accounts (including Self-Reliance Central from Twitter), and generally ran pro-Democrat interference. This included burying the Hunter Biden China story, the Biden Ukraine prosecution, Kamala Harris’s sleazy backstory and many negative reports from Dem candidates across the nation. In addition, they ran patently wrong misinformation about remedial treatments for COVID because a) the president endorsed them and b) the longer the virus dragged on the greater their chance of cheating the election through mail-in ballots. (Not absentee ballots – the unsolicited mail-in ballots – but you know that.)

And now it’s payback time. Look who Biden’s bringing to Washington. They have funded and lobbied for so long, now they get a seat at the table. No wonder Trump wants to remove their protected status and make them accountable for controlling our speech. 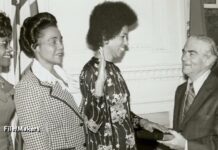