Another Impeachment Trial Aims to Banish Trump in 2024

Over at The New York Times opinion page, Neal K. Katyal and Sam Koppelman argue that a recent audio recording of President Donald Trump talking to Georgia’s secretary of state and asking him to overturn the state’s presidential election results should serve as grounds for new impeachment proceedings against the president.

“But wait,” you might ask, “Won’t Trump be leaving office in about two weeks anyways?”

It sure looks that way right now. Despite the efforts of Senators Josh Hawley and Ted Cruz and other Congressional Republicans, Joe Biden’s victory looks like a safe bet to be certified by Congress, despite any misgivings many Americans have about the validity of those results.

But that is irrelevant to Katyal and Koppelman, because their aim with a new impeachment probe is not to remove Trump, but to eliminate any chance that he might reclaim the White House in 2024. Following an incredibly close election in 2020, these two, and likely many other nervous politicos on the left, fear the possibility of a Trump return after four years under Joe Biden, should Biden not succeed in restarting the economy or combatting the coronavirus. Preventing even the possibility of a Trump return is apparently a paramount concern for protecting America’s political system.

If you think this statement a tad harsh, read Katyal and Koppelman in their own words:

[W]e cannot risk Mr. Trump’s becoming president again — or for that matter, even running again with a chance of winning. This isn’t a point about ideology; it’s a reflection of the fact that our system may not be able to withstand this lawless man returning to the highest office in the land.… The damage to our institutions from his first four years in office will take generations to undo. Our democracy might not be able to handle another four.

Leaving aside the mischaracterization of the United States as a democracy rather than the republic it was designed to be, Katyal and Koppelman’s assurance that this “isn’t a point about ideology” rings hollow when contrasted with the claim that Trump’s “damage to our institutions” will “take generations to undo.”

Our president is not above the law.

Justice serves the people — it doesn’t protect the powerful.

Ideologically, while he did praise Trump’s selections of Neil Gorsuch and Brett Kavanagh for the Supreme Court, Katyal was also the Acting Solicitor General in 2011 under former President Barack Obama, succeeding Elena Kagan after her nomination to the Supreme Court. Koppelman is a principal at Fenway Strategies, a strategic communications firm founded by former Obama chief speech writer Jon Favreau. He also served as the director of surrogate speechwriting for the Biden-Harris campaign. Prior to that, he was on the communications team for Beto O’Rourke and Michael Bloomberg’s 2018 campaign to flip the House of Representatives.

It seems Katyal and Koppelman are not exactly the most impartial of observers.

But they also have a book to hawk. Impeachment: The Case Against Donald Trump was published in Nov. 2019, well before Trump’s call to Georgia’s secretary of state. Katyal and Koppelman have made money off of Trump Derangement Syndrome, and their latest op-ed in the Times is unlikely to be anything other than a bit of advertising for what is now a mostly irrelevant book.

Like Katyal and Koppelman, Reps. Ilhan Omar and Alexandria Ocasio-Cortez seem keen to continue their vendettas against Trump. Senior Democratic leadership, however, seems to have learned from the mistakes of late 2019 and early 2020. “It would be a waste of our time here in the House to pursue impeachment,” House Majority Whip James Clyburn said on CNN.

“I would hope that the House of Representatives would spend its time concentrating on getting ready for this new administration and getting this House in order … so that we can get beyond this pandemic,” Clyburn continued. “That’s where I think our energy ought to be.”

Having gone through one rancorous, expensive, ill-founded, and ultimately useless impeachment procedure last year in an attempt to remove Trump, establishment Democrats seem poised to exert their new power in a Biden administration, rather than targeting a man who in all likelihood will be an ex-president in a few weeks.

In 1974, President Gerald Ford issued a blanket pardon to former President Richard Nixon, covering his term of office. In his pardon, Ford wrote, “the tranquility to which this nation has been restored by the events of recent weeks could be irreparably lost by the prospects of bringing to trial a former President of the United States.”

Ford understood America needed to move forward to heal, despite what he or others might have thought of Nixon’s character and conduct. For House Democratic leadership in 2020, the decision to leave well enough alone is more a question of how to most effectively use their power.

But for Omar, AOC, and millions of other Americans, the burning hatred of Trump will likely remain ingrained in their hearts long after the man has left not only the White House, but this earthly plane as well.

Big Tech is suppressing our reach, refusing to let us advertise and squelching our ability to serve up a steady diet of truth and ideas. Help us fight back by becoming a member for just $5 a month and then join the discussion on Parler @CharlemagneInstitute!

This work is licensed under a Creative Commons Attribution 4.0 International License, except for material where copyright is reserved by a party other than Intellectual Takeout. 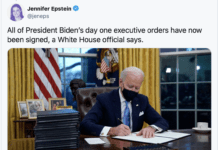 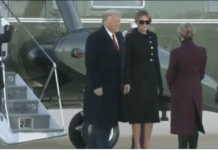