As I reported recently, the SRC Twitter page was removed last Fall and I have had problems with the SRC Facebook page which was suspended for a while. Amazon and Google do not permit SRC to use their embedded ads or make commission from any sales on their platforms.

So be it. I understand that the Left and the oligarchs that fund it are fundamentally opposed to pro-life conservatives who just want to get on with own lives and all the responsibilities that go with that. Hence, self-reliance. It’s not just about canning your own food and bug-out bags. It’s about small government, individual responsibility, serving your local community, keeping the unelected bureaucrats at arm’s length.

So imagine my surprise when this was emailed to me this morning. The Biden White House was busy last night. They eviscerated the Keystone pipeline and took out 8,000 jobs; they paved the way for amnesty for millions of illegal immigrants; lifted the ban on travel from hostile Arab nations; reversed the order preventing men from using women’s bathrooms, made executive appointees sign an “ethics pledge” (that made us laugh); and then he signed the US back up for the biggest wealth transfer scam on the planet – the Paris Agreement. This is the international climate scam that President Trump got us out of. And now we’re back in it. And in an epic piece of trolling, they sent me the email below. I never received an email from the Trump White House, so imagine my surprise to see this in my inbox this morning!

The next your years are going to be long, slow and bitter for conservatives. Yet, I suspect their plans to “deprogram” us won’t go as smoothly as they think it will! 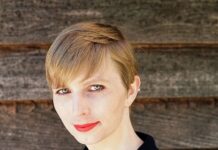 THE STRANGE PRIORITIES OF BIDEN’S DEPARTMENT OF DEFENSE 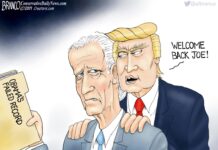