A senior advisor to Joe Biden said the coronavirus was “the best thing that ever happened” to Biden, alluding to the impact of the pandemic on the voting public. The remark appears in a new book being released today:“Lucky: How Joe Biden Barely Won the Presidency.” It’s the first major book released on the 2020 presidential contest.

In it, the authors reveal that Anita Dunn made the comment in private to “an associate,” according to the Guardian, which obtained an advance copy, at a time when the United States was struggling with rising death tolls, a shattered economy, and a health system close to breaking.

Critics, such as entrepreneur Steve Beaman, chairman of the McGraw Council, a nonprofit organization built to educate, serve, and unite small businesses, said Biden clearly got a political “leg up” from Covid.

“It is irrefutable that prior to the pandemic, the U.S. economy was seeing very strong growth in all segments,” Beaman noted. “We saw the highest employment rates within minority communities within the lowest quintile of the economy, pointing to the fact that the lower and middle income people in the country were doing far better than they had been doing. Under Trump, we were energy independent.

Beaman said “it was crystal clear that Trump had an economic advantage” going into the election. “Absent COVID, Biden wouldn’t have had a chance. I think what happened is you had COVID that disrupted the economy putting 30 million people out of work. COVID was the driver behind the election.”

A post-mortem examination by Trump’s chief pollster concluded that the former president’s handling of the coronavirus crisis was a critical factor in his defeat. It found that the handling of the pandemic was the top issue for voters and that in states that “flipped,” Biden carried those voters by a margin of nearly 3-1.

Beaman said for Biden advisor Anita Dunn to say that Biden got “lucky” with the Covid pandemic illustrates the cynicism in politics. “I think it is a big part of the reason Donald Trump got elected in the first place,” Beaman explained.  “People are just fed up with that kind of cynical attitude.”

Americans for Limited Government President Rick Manning agrees with Beaman, “Two things are notable, number one, Dunn admits the Trump economy was everything Donald Trump said it was. And two, given the clear evidence the virus came from China and the Chinese government failed to protect the rest of the world by isolating their own people, it is concerning that even Biden advisors admit that without China’s irresponsible or intentional failure, President Trump would still be president.

“There was a despicable effort by the Biden/Democrat/media alliance to undermine President Trump’s historic economic successes by locking down the economies of Blue states,  counter to the science,” Manning added.  “It demonstrates how far the left will go in spreading misery so that they can take advantage of it.”

By the way, if Dunn’s name is familiar, you may remember her from a 2009 video clipwhere she expressed admiration for Chinese Communist mass-murderer Mao Zedong, calling him “one of my favorite political philosophers.”

Catherine Mortensen is Vice President of Communications for Americans for Limited Government. 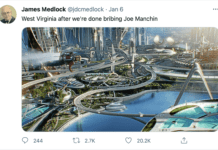 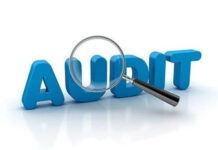