Trump didn’t have a dog so Joe doubled down on his apparent affection for Man’s best friend. His German shepherds, Champ and Major were all over the inter webs and social media (even having their own Twitter account) as an indication to the world that a newer, more humane occupant was taking up residence at 1600 Pennsylvania Ave. That is until Major, the WH’s first ever rescue dog, blotted his copy book. Major, age 3, was surprised by an unfamiliar person on Monday and “reacted in a way that resulted in a minor injury to the individual.”  He snapped at an agent. (Note to WH, dogs have great instincts!)

So rather than use this as a teaching moment to chill the poor dog out and do some reassurance training, the Biden’s have banished the dogs to their Delaware home. The press, naturally is supportive and complicit, and is not dragging out canine experts to point the figure of failed training, and hasn’t made the “A Dog’s Not Just For Campaigning” comments they would have spewed over a Republican president. No, they are saying it’s a “short stay away and when they come back they’re bringing a cat with them.”

FFS. It’s not that hard. Train your dog. 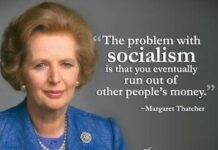 Biden’s Absurd ‘Zero Cost’ Claim: $3.5 Trillion Is Real Money and It’s Coming Out of Your Pocket

Has Biden lost his mandate to govern?