By Rep. Madison Cawthorn, U.S. representative for North Carolina’s 11th District. He serves on the House Education and Labor Committee and the House Veterans Affairs Committee.

If we lose the Second Amendment, then the rest will fall. During my recent—and very contentious—congressional campaign, my opponent argued that he didn’t need to take your guns because he had enough of his own. Voters in western North Carolina didn’t buy it. There was no need to remind them that leftists have a long history of playing hide the ball on gun policy.

The two-faced doublespeak of the left on gun control is well documented. In the 1990s, Barack Obama said to a colleague at the University of Chicago, “I don’t believe people should be able to own guns.”

In 1995, Sen. Dianne Feinstein, D-Calif., said an assault weapons ban that had recently passed didn’t go far enough. “If I could have gotten … an outright ban,” she told “60 Minutes,” “I would have.”

In 2019, Beto O’Rourke boasted of his plans to shred the Second Amendment. On national television, he said, “Hell, yes, we’re going to take your AR-15.”

And earlier this year, Rep. Sheila Jackson Lee, D-Texas, offered a radical gun control measure that would create a national database of every gun in the country. Failure to comply would result in a fine of $75,000, a 15-year prison sentence, or both.

Make no mistake, the left wants to take your guns, and trample your constitutional rights. In 2021, it has taken the gloves off.

During this past “summer of love,” where thousands of violent thugs roamed the streets of America, the Second Amendment saved lives, protected property, and highlighted the breathtaking stupidity of “defunding the police.”

If the year 2020 has shown us anything, it’s just how fragile civil society can be. Our Founders anticipated these moments of fragility and gave every American citizen the right to defend themselves. Rather than stopping tragic school shootings, the left’s ’ “defund and disarm” policy is a recipe for unspeakable human suffering that has long been a favorite policy of tyrants and dictators.

It’s time that we understood the left’s stance for what it is: an effort to remove every single firearm from the hands of Americans nationwide.

The left-wing claim that gun control legislation would save lives is demonstrably false. The cities with the highest murder rates and levels of other violent crime have the strictest gun regulations. The goal of the left is not to safeguard the lives of Americans, it is to control the lives of our citizens.

I used my convention speech to condemn tribalism in our politics, and I will never stop doing so. I have a message to those on the radical left who see the Constitution as just another document to tear in half: Let me be clear, the millions of American men and women who carry a weapon each day are not the threat to your safety that you seem to think they are. They will defend your First Amendment rights with their Second Amendment rights against anyone who would threaten your life or liberty.

It’s easy to be sucked into the D.C. bubble—many on the left seem to think that their narrow viewpoint is representative of the majority of Americans—but I am here to tell you that outside this bubble, in real America, those that respect the Constitution will never let anyone take away our right to bear arms.

It’s time for coastal elites to stop demonizing the millions of Americans who want to carry and—yes—conceal firearms. No one loves liberty and peace more than those who conceal carry every day and refuse to be victims of violence.

Men and women who carry weapons every day to protect human life are all around us. People hardly ever know we are there, but everyone is safer for our presence. We are the first line, we are the “good guy with a gun,” we have stopped—and will continue to stop—the “bad guy with a gun,” and we aren’t going anywhere.

Views do not necessarily reflect the views of selfreliancecentral.com. Originally published in the The Daily Signal, Original here. 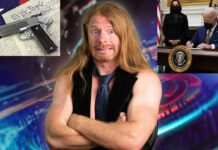 J.P. Sears: Gun Control Is Here! Everything You Need to Know 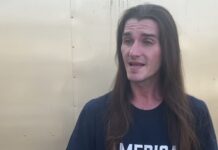 ‘This is a fight for America first’