The Washington Monthy has just published an in-depth examination of Silicon Valley behemoth Facebook‘s buying of influence in the traditional media.

Facebook and Google have decimated traditional media outlets from big outfits like the New York Times all the way down to your rural weeklies.

In fact, according to the Monthly, around 1 in 4 newspapers have shut down since 2004 and 36,000 jobs have disappeared in journalism.

As media outlets have examined Facebook’s effect on journalism at the local level, Facebook has responded by creating a means to buy favorable coverage form the largest media outlets.

As the Monthly explains:

Less well known, and potentially far more dangerous, is a secretive, multimillion-dollar-a-year payout scheme aimed at the most influential news outlets in America. Under the cover of launching a feature called Facebook News, Facebook has been funneling money to The New York Times, The Washington Post, The Wall Street Journal, ABC News, Bloomberg, and other select paid partners since late 2019.

Participating in Facebook News doesn’t appear to deliver many new readers to outlets; the feature is very difficult to find, and it is not integrated into individuals’ newsfeeds. What Facebook News does deliver—though to only a handful of high-profile news organizations of its choosing—is serious amounts of cash. The exact terms of these deals remain secret, because Facebook insisted on nondisclosure and the news organizations agreed. The Wall Street Journal reported that the agreements were worth as much as $3 million a year, and a Facebook spokesperson told me that number is “not too far off at all.” But in at least one instance, the numbers are evidently much larger. In an interview last month, former New York Times CEO Mark Thompson said the Times is getting “far, far more” than $3 million a year—“very much so.”

Basically, Facebook subsidized media outlets so they can control the narrative surrounding their anti-competitive practices.

In addition, they can partner with certain media outlets to drive the narrative on any story in any way they choose.

The ties between the Big Tech giants and the Fake News go even deeper:

“The Facebook News deal isn’t Facebook’s only, or first, inroad at the Times. The company already had a seat at the table—literally. The publisher and chairman Arthur Sulzberger Jr. installed the Facebook executive Rebecca Van Dyck on his 12-member board of directors in 2015. Van Dyck, who was Facebook’s global head of consumer and brand marketing at the time, now runs marketing for Facebook’s augmented and virtual reality labs.

The massive bounty Facebook is funneling to traditional media sources is a drop in the bucket compared to Facebook’s massive revenue.

This revenue stream is under fire from several directions and certainly is an excuse for Facebook to engage in influence peddling:

Facebook’s need for allies in the press has taken on a particular urgency. In October 2020, a House judiciary subcommittee released a bold, agenda-setting report, alleging wide-ranging antitrust violations by Google, Facebook, Apple, and Amazon. In December, the Federal Trade Commission and 46 state attorneys general, as well as the attorneys general for D.C. and Guam, brought an antitrust lawsuit against Facebook, alleging that the company is illegally maintaining its personal social networking monopoly through a years-long course of anticompetitive conduct.

Congress is currently holding hearings on the bipartisan Journalism Competition and Preservation Act of 2021, which would give news organizations of all shapes and sizes the ability to negotiate collectively with the big platforms. At a March 12 hearing, News Media Alliance CEO David Chavern noted that the larger media companies already have leverage with Facebook and others. “The ones most in need of collective action are small and community publishers, including most particularly publishers of color, who are suffering deeply in this broken marketplace for real quality journalism,” he said.

HD Media, which owns several West Virginia newspapers, filed a federal antitrust lawsuit against Google and Facebook in January, seeking damages from the duopoly. The suit charges that Google’s monopolistic control of digital advertising, along with a secret deal with Facebook not to compete against it, had strangled their source of revenue.

Facebook and Google have certainly made it hard for anyone to survive in the media landscape without their platforms.

This has the effect of crushing freedom of the press since the masters of these giants have the final say on who gets seen and who doesn’t.

They also create massive revenue streams which they are trying to protect through government policy. 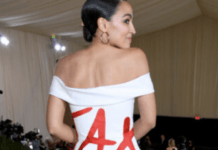 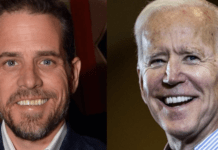