Bernie Sanders loved Venezuela so much he’s on record as endorsing a claim on his official taxpayer-paid website claiming that the American dream was more likely to be achieved in Venezuela than the U.S.  According to an editorial linked and endorsed as a “must-read” by Sanders:

These days the American dream is more apt to be realized in South America, in such places [as] Ecuador, Venezuela, and Argentina, where incomes are actually more equal… 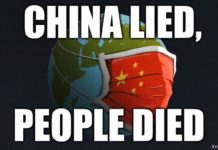