MADISON, Wis.—Looking to check the influence of “Zuckerbucks” on state elections, the Wisconsin Assembly passed legislation Tuesday that requires election administration grants from third-party groups to be fairly distributed by the Wisconsin Elections Commission.

The bill, which passed the state’s lower legislative chamber along party lines, follows the release of emails showing that an outside group and its partner activists became intricately involved in preparing for and administering November’s presidential election in Wisconsin’s five largest, most heavily Democrat cities.

“We must ensure our elections are fair and free from outside influence,” state Rep. Adam Neylon, R-Pewaukee, the bill’s co-author, said. “What happened in Green Bay during the 2020 election is truly disturbing.”

But the legislation would require the Wisconsin Elections Commission to distribute the funds to each Wisconsin municipality on a per capita basis. The commission would be allowed to spend the money only as approved by the Legislature’s Joint Finance Committee.

As a Wisconsin Spotlight investigation earlier this year uncovered, the Chicago-based Center for Tech and Civic Life handed out more than $8 million in “election safety and security” grants to the cities of Milwaukee, Madison, Green Bay, Kenosha, and Racine.

The bulk of that—$6.3 million—was distributed as part of a contract between the center and each city. CTCL received more than $300 million from Zuckerberg and his wife, Priscilla Chan, ostensibly to help local elections offices administer “safe and secure elections.”

The Center for Tech and Civic Life required the “Wisconsin 5” cities to sign contracts that included “clawback” provisions to return money if they failed to meet CTCL’s demands.

Assembly Democrats said they were offended by the implication that left-leaning groups, funded by a billionaire who arguably has curbed conservative speech on his global social network, could have ulterior motives.

State Rep. Sue Conley, D-Janesville, said she found the legislation “offensive, politically motivated, and absolutely unnecessary.” Conley said the bill is “in search of a problem that doesn’t exist.”

Conley and other Wisconsin Democrats argued that groups such as the left-leaning National Vote at Home Institute and individuals such as the Democrat partisan who led its Wisconsin efforts simply were trying to help local election officials in a difficult time.

They noted that the Center for Tech and Civic Life issued more than 200 grants in Wisconsin, not just to Democratic strongholds. But as Wisconsin Spotlight has reported, the grants to other communities paled in comparison to the money received by the “WI-5” cities. In Green Bay’s case, CTCL money quadrupled the city’s election budget for 2020.

“Anyone who hates Citizens United, their hair should be on fire over this issue,” Sanfelippo said.

Although Democrats long have railed about “dark money” influencing elections, Sanfelippo pointed out, the millions of dollars in “Zuckerbucks” went directly to administration of elections—most heavily in Wisconsin and other presidential battleground states.

“His money went directly into the counting rooms of our elections,” the Republican lawmaker said of Zuckerberg. “This is why we have half of the the people in Wisconsin not believing in the results of the election.”

In final official results in Wisconsin, Democrat nominee Joe Biden defeated Donald Trump by 49.6% of the vote to 48.9%, flipping a state with 10 electoral votes that Trump won in 2016.

The Assembly version is not as restrictive as the state Senate’s reform bill,which passed last month. That measure prohibits state agencies or local governments from receiving outside grant funding for election administration.

The Senate version also bars local governments from transferring election administration to anyone who does not have the authority under state election law.

Complaints filed against four of the five Wisconsin cities to date allege that the Center for Tech and Civic Life and its partners usurped authority to administer elections from local officials in violation of state law and the U.S. Constitution.

Neylon said he is confident that the Assembly version ultimately will pass in the state Senate.

“This is about fairness and transparency and outside groups shouldn’t get to provide funding only to areas that align with their politics,” Speaker Robin Vos, R-Rochester, said after the Assembly passed the reform measure.

“This bill levels the playing field so that all communities in Wisconsin get a per capita share of donations,” Vos said.

The Assembly also passed a bill requiring the Wisconsin Elections Commission to publish copies of its meeting minutes online. The commission often has delayed posting the summary until after the following meeting, critics say.

Election activist groups wouldn’t make that list. Wisconsin is one of about 10 states that hasn’t set such requirements.

“We told our constituents that we would pass commonsense reforms that increase transparency, create consistency, and establish standards of accountability for our elections. We continue to deliver on that promise,” Stroebel said.

The legislation looks to be dead on arrival at the desk of Gov. Tony Evers, a Democrat, who has signaled his opposition to such measures. 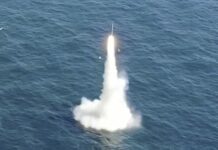 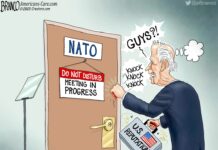 NATO Concerned About US Commitment to the Mission 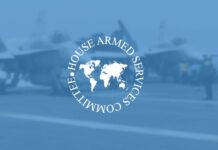