Subject: 1. Running a disinformation campaign against Ivermectin by deliberate suppression of effectiveness of drug Ivermectin as prophylaxis and for treatment of COVID-19, despite the existence of large amounts of clinical data compiled and presented by esteemed, highly qualified, experienced medical doctors and scientists.

Subject 2. Issuing statements in social media and mainstream media, thereby influencing the public against the use of Ivermectin and attacking the credibility of acclaimed bodies/institutes like ICMR and AIIMS, Delhi, which have included ‘Ivermectin’ in the ‘National Guidelines for COVID-19 management’

Dr. Soumya Swaminathan, the Chief Scientist at the World Health Organisation (WHO), was apparently served a legal notice by Indian Bar Association (IBA) on May 25, 2021, for her alleged act of spreading disinformation and thus misleading the people of India, in order to fulfill her own agenda, so the plaintiff’s action declares. It is reported that Dr. Soumya Swaminathan deliberately ignored and suppressed the FLCCC and BIRD Panel’s data regarding the effectiveness of the drug Ivermectin, with an intent to dissuade the people of India from using Ivermectin. Moreover, the nation of India has included ivermectin in their national protocol and, as TrialSite recently reported, in states where the treatment is in wide use an unprecedented reduction of cases is now reported. Of course, it’s difficult to prove a direct correlation without a designed study but the turnaround in cases in Uttar Pradesh, one of the states with a population-wide ivermectin regimen, is indeed striking.

TrialSite has evidence that WHO is suppressing data as, recently reported, they issued a report on the significant local effort of the public health operation in Uttar Pradesh yet omitted a fundamental fact, that ivermectin is in fact in widespread use as part of the very initiative they reported on their website. Why would WHO go to such great lengths to suppress this important information, that is a treatment that’s actually working? What kind of agenda has this organization adopted where it appears to use misinformation to deceive and disrupt nations seeking to get this pandemic under control? Is this recent legal action in India merely a symbolic gesture or does it represent the harbinger of other such legal actions to come?

For the full story read these:

If you have or work with animals there’s a chance you have this in your home. Ivermectin is a medication used to treat many types of parasite infestations. In humans, this includes head lice, scabies, river blindness, strongyloidiasis, trichuriasis, ascariasis, and lymphatic filariasis. In veterinary medicine, it is used to prevent and treat heartworm and acariasis, among other indications. Some medical professionals recommended it as a therapy for COVID. A quick glance at Wikipedia, CDC, FDA will show that they have been given very short shrift.

Currently, there is a consensus that it is effectual against COVID – largely because the mainstream elites hated that Donald Trump promoted its benefits, and as we all know Orange Man Bad. But, just as with his pronouncements on the cause of the pandemic being a laboratory escape from the Wuhan Virology unit, time will tell whether he was, indeed, correct, about Invermectin. Certainly India, a relatively poor country stricken by COVID, believes in its abilities. Also Bangladesh, a neighboring country ran trials. Results are listed on the National Institutes of Health website here. Are we witnessing a silencing by Big Pharma? By the Left? By the WHO? We’re going to flood this story and hope other nations jump on board. 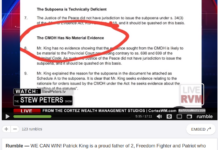 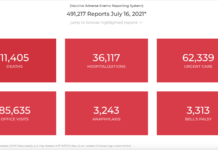 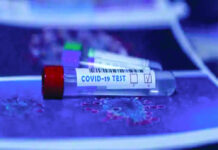 So That’s Where the Flu Went! CDC Withdraws Test that Counts Flu & ‘Vid as Same!