With one of the lowest COVID-19 case rates in the country, a 70+ percent adult vaccination rate, and widespread reopening set for June 15, the pandemic is finally on the wane in California. But Governor Gavin Newsom is still refusing to give up his “emergency powers.”

“California is set to end most coronavirus restrictions on June 15, but Gov. Gavin Newsom is not lifting the state of emergency,” local media outlet KCRA3 reports. “Newsom is keeping emergency powers given to him by a court in his back pocket ‘in case things go south.’”

“We’re still in a state of emergency,” the governor said. “This disease has not been extinguished. It’s not vanished, it’s not taking the summer months off.”

The extent of the emergency powers here is genuinely breathtaking. Per KCRA3, Newsom’s emergency declaration has allowed him to unilaterally allocate billions in “emergency spending” and change or suspend more than 200 state laws and regulations.

It’s perhaps unsurprising that the governor doesn’t want to give up such vast and unchecked power. However, with this forever-emergency mentality, Newsom is stretching state law so far he deserves an Olympic gold medal in gymnastics.

Under California law, the governor can declare a state of emergency only amid “conditions of disaster or of extreme peril” that are so grave as to “likely to be beyond the control of the services, personnel, equipment, and facilities of any single county, city and county, or city.” State law further requires the governor to “proclaim the termination of a state of emergency at the earliest possible date that conditions warrant.”

Of course, upon doing so, Newsom’s emergency powers go away. His political critics are crying foul.

“If Newsom believes the state is safe enough to reopen, then it’s safe for people to be able to make decisions for themselves without his arbitrary and capricious rules,” said Scott Wilk, the top Republican in the California State Senate. “I believe it is time for him to hang up his crown and restore our democracy.”

Indeed, any acute period of true emergency during this pandemic passed many months ago. Many problems linger, yes, but the coronavirus and ensuing economic decline have become manageable parts of everyday life—not a bona fide emergency like a hurricane or earthquake.

But Newsom is setting a timeline on his “emergency” powers that could let him hold onto them for years or even the rest of his time in office. Insisting that the state of emergency can only lapse when the coronavirus is “extinguished” or “vanished” gives the governor license to cling on to his expanded powers essentially forever.

It’s unlikely we’ll have zero coronavirus cases in the near future, but a few dozen infections in a population where almost all vulnerable people have been vaccinated does not an emergency make. And it’s even possible that the coronavirus could become a recurring seasonal part of life like the flu.

So, Newsom is setting standards that could allow him to never “hang up his crown.” This is an unacceptable act of authoritarianism that has no place in a free society.

“This isn’t a game,” the Orange County Register’s editorial board concluded. “The deliberative legislative and regulatory processes that the governor considers an impediment to necessary orders are, in fact, the protection of the rights of all Californians from arbitrary government actions.”

Critics are right, and we should all hope that Newsom’s tyrannical power grab isn’t allowed to stand. But the takeaway here is broader than any governor, state, or even the coronavirus. Time and time again, we see that “emergencies,” both real and manufactured, are used as cover for would-be tyrants in government who want to break the crucial restraints on their power that keep us free.

“‘Emergencies’ have always been the pretext on which the safeguards of individual liberty have been eroded – and once they are suspended it is not difficult for anyone who has assumed emergency powers to see to it that the emergency will persist,” Nobel-prize-winning economist F.A. Hayek famously wrote.

So, don’t just look at what Newsom is doing in California right now with horror. Remember it next time an emergency comes around and your politicians promise that if you consent to their power grabs it will just be “temporary.”

Brad Polumbo (@Brad_Polumbo) is a libertarian-conservative journalist and Policy Correspondent at the Foundation for Economic Education. This article was originally published on FEE.org. Read the original article. 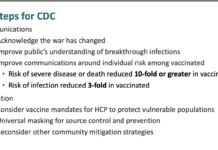 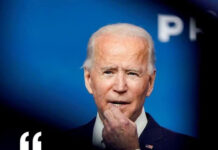