In forcing through a $3.5 trillion spending bill that includes portions of the Green New Deal and lays the groundwork to grant amnesty to illegal immigrants, Senate Democrats killed numerous Republican amendments that would promote energy independence, reopen classrooms, and rein in the IRS.

In what Capitol Hill veterans call a “vote-a-rama,” the Senate considered dozens of amendments after about 14 hours of debate from Republicans, and some from Democrats, before approving the spending package endorsed by President Joe Biden just before 4 a.m.

“Congress cannot keep spending money it does not have to support Biden’s tax-and-spend agenda,” Sen. Mike Braun, R-Ind., said at one point.

The Senate majority (including two independents who caucus with Democrats) were able to pass the $3.5 trillion bill through a faster process known as reconciliation because fiscal measures may bypass filibusters designed to delay a floor vote.

Here are some of the more significant amendments on the Senate floor, and their fate.

“More than 1 million kids did not enroll in their local schools during the pandemic,” Scott said. “Thanks to labor union bosses and their unneeded and damaging school shutdowns, kids have been kept out of school and many, far too many, have suffered psychologically.”

Scott’s proposal died with a party-line vote of 50-49.

Republicans proposed several amendments they said would rein in the Internal Revenue Service.

Sen. Mike Crapo, R-Idaho, offered an amendment to block a Democrat proposal that would press financial institutions to report to the IRS any deposits to and withdrawals from customers’ accounts above $600 in value.

IRS targeting of individuals and nonprofit groups for political reasons has been an issue for years, and emerged again after a major leak of taxpayer information.

“I have long been critical of big data collection activities, and oppose turning banks and brokers into government tax collectors,” Crapo, ranking member of the Senate Finance Committee, said in a written statement ahead of the vote. “My amendment prevents the undue monitoring and reporting of sensitive American taxpayer information to the IRS by financial institutions about deposits and withdrawals made by any individual or business.”

Senators narrowly approved a proposal to continue the existing policy preventing tax dollars from funding abortions. In a 50-49 vote, Sen. Joe Manchin, D-W.Va., joined all Republicans to back it.

Sen. James Lankford, R-Okla., offered the amendment to protect the Hyde Amendment, which long has blocked federal tax dollars from paying directly for abortion. The policy previously had broad bipartisan support, even among pro-choice  lawmakers.

“The Hyde Amendment reflects a decadeslong consensus that millions of Americans who are profoundly opposed to abortion should not be forced to pay for the taking of human lives of children or incentivize it with their taxpayer dollars,” Lankford said.

“Just because they are smaller people doesn’t mean they should be any less protected by law,” Lankford said of unborn children.

This year, the House’s Democrat majority approved a spending plan that would eliminate the Hyde Amendment, which has been on the books since 1976.

Lummis attempted to insert her bill, called the POWER Act, into the larger spending bill. Her amendment died, 50-49.

Lummis’ Protecting Our Wealth of Energy Resources Act would prohibit the president or the secretaries of the interior, agriculture, and energy from blocking energy or mineral leasing and permitting on federal lands and waters without congressional approval.

The nation was a net total energy exporter in 2019 and 2020, according to the U.S. Energy Information Administration. Lummis argued that by eliminating reliance on foreign energy sources, the United States is better positioned to respond to geopolitical threats.

“Unfortunately, Democrats and the Biden administration would rather tether our energy future to Russia and OPEC [the Organization of the Petroleum Exporting Countries] than let us develop our own energy,” Lummis said in a formal statement. “Their green dream is a real nightmare for Americans, from the oil well to the gas pump.”

Sen. Kevin Cramer, R-N.D., had better luck as eight Democrats joined all Republicans to approve, 57-42, his amendment to prohibit bans on fracking.

Cramer noted that foreign oil and gas, particularly from Russia, is dirtier than fuel produced by American fracking and could harm the environment.

“Democrats enacting a ban on fracking would weaken national security, increase global emissions, and take more money out of the pocketbooks of hardworking Americans,” Cramer said.

By another 50-49 vote, the Senate struck a blow to critical race theory in school.

“Our future depends on raising a generation of kids who love America and love each other as fellow citizens, no matter their race. But critical race theory teaches that our country is irredeemably racist, that ‘equality’ is a sham, and that true justice requires treating everyone differently—based on the color of their skin,” Cotton said. “Our tax dollars should never support indoctrinating the youngest Americans with such poison.”

Critical race theory, a theoretical framework, contends that individuals are either oppressed or oppressors based on their skin color.

Numerous state legislatures across the country have banned or are considering bans on teaching critical race theory.

In 2020, then-President Donald Trump banned promotion of critical race theory in the federal government through employee training programs that focus on “white privilege” or teach that the United States is an inherently racist country.

Sen. Charles Grassley, R-Iowa, proposed an amendment that would prevent lifting the cap on a tax deduction known as the state and local tax loophole, which lawmakers call SALT.

Democrats’ spending bill proposal would restore the tax deduction, which primarily benefits high-income earners by allowing them to write off state taxes when paying federal taxes.

The 2017 tax reform law imposed a cap on the deduction, but Democrats sought to lift the cap. They did so because the cap largely affects high-tax blue states, where state and local officials are less likely to be held accountable for tax increases if those increases are offset by lower federal taxes.

“If Democrats are really concerned about the wealthiest Americans paying higher taxes, then they should have no problem supporting my amendment,” Grassley said. “This commonsense amendment will add language to ensure any so-called SALT cap relief doesn’t line the pockets of millionaires.”

The Joint Committee on Taxation, analyzing a repeal or one-year suspension of the cap, determined that more than 50% of the tax benefit would go to those earning more than $1 million, while those with incomes under $50,000 wouldn’t see any benefit.

Moreover, the liberal Tax Policy Center determined that the top one-tenth of 1% of households would get an average tax cut of about $144,000 with the loophole.

In a rare case of bipartisanship and an amendment that actually passed, the Senate firmly stood against defunding police departments, voting 99-0 for a proposal offered by Sen. Tommy Tuberville, R-Ala.

The Tuberville amendment would reduce or eliminate federal funding to local governments that defund their police departments.

The freshman Republican argued that taxpayers in Alabama and other states shouldn’t subsidize decisions by leaders in Minneapolis or Portland, Oregon, to cut budgets for law enforcement.

“I call on my colleagues to support our law enforcement by voting yes for this amendment,” Tuberville said on the Senate floor. “Opposing my amendment is a vote in support of defunding the police and against the men and women in blue.”

Sen. Cory Booker, D-N.J., was the only other senator to speak in favor of Tuberville’s amendment, but did so with a heavy dose of sarcasm. Booker said:

Some people have said there are members of this deliberative body that want to defund the police to my horror, and now, this senator has finally given us the gift of finally, once and for all, we can put to bed this scurrilous accusation that somebody in this great, esteemed body would want to defund the police. So let’s all of us, 100 people, not walk, but sashay down there and vote for this amendment and put to rest the lies. And I am sure I will see no political ads attacking anybody here over defunding the police.

Booker went on: “I would also ask to add something to this obvious bill. Can we add also that every senator here believes in God, country, and apple pie?”

Hawley previously introduced the proposal as a stand-alone Senate bill that also would increase maximum penalties for assaulting police officers by 50% and provide added protections for federal judges, federal prosecutors, and federal courthouses.

During the summer of 2020, Antifa extremists and protesters identifying with Black Lives Matter attacked police officers in multiple cities and attempted to burn down a federal courthouse in Portland.

In another bipartisan measure, Sen. Marco Rubio, R-Fla., spoke in favor of an amendment he co-sponsored with fellow Florida Republican Rick Scott to require the Biden administration to facilitate uncensored access to the internetfor the people of Cuba in the wake of pro-freedom protests.

Specifically, the Rubio-Scott amendment would create a deficit-neutral reserve fund in the National Telecommunications and Information Administration to build up and deploy existing technology on the island.

Rubio said the internet access needs to be “unfettered, uncontrolled by the regime in Cuba, which actually cuts off that access as it did in the middle of these protests—by the way, using Chinese technology.”

“The Biden administration is in the midst of trying to figure out what is the greatest technological ability to create internet access for the people of Cuba and limiting the ability of the regime to jam that internet access,” Menendez said.

The Rubio-Scott amendment was passed by a unanimous voice vote.

Sen. Deb Fischer, R-Neb., offered an amendment to curb subsidies for electric vehicles. Biden’s budget plan would allow Americans to get subsidies to buy the comparatively expensive vehicles regardless of their income.

Fischer’s amendment calls for means-testing the program because she questions whether taxpayers should “subsidize luxury vehicles.”

The American Rescue Plan, a giant “stimulus” bill touted by Biden and passed by Congress earlier this year, stipulates that states and territories that accept federal money under it may not lower taxes.

“Earlier this year, Democrats added a provision in the 11th hour to the American Rescue Plan that this body did not have time to vet,” Braun said on the Senate floor, adding:

Under this provision, if states took the money they could not lower their taxes in any way until 2024. … States are not happy with this overreach. We can fix this mistake now. States have the right to cut their own taxes, and we have no right to stand in their way.

Although its budget resolution largely adopts the left’s Green New Deal-type climate policies, the Senate voted unanimously that it would not adopt the actual Green New Deal.

The amendment was offered by Sen. John Barrasso, R-Wyo.

“The Green New Deal is not about protecting the environment, it’s about making big government even bigger,” Barrasso said.

However, the spending bill itself has Green New Deal-style climate policies. These include a clean electricity standard payment program; a new tax on imports that emit carbon dioxide; new taxes and fees on conventional energy resources such as oil and gas; more subsidies and tax breaks for green energy and electric vehicles; a new Civilian Climate Corps; and climate research and development programs across the federal government.

Interestingly, the Senate sponsor of the Green New Deal, Sen. Edward Markey, D-Mass., joined the vote to prohibit the enactment of the policy. 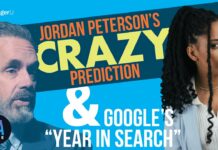 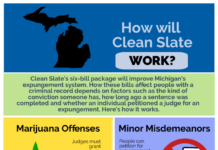 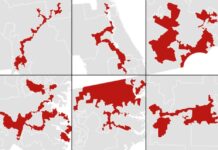 What Happened in These States When Unelected Bureaucrats Took Over Redistricting