The surge in violent crime over the past year—murders in particular—has been astounding and historic.

The numbers back this up and paint a grim picture.

Property crime is generally down, but violent crime is way, way up.

The murder rate rose by nearly 30% in 2020, more than any other time in the last half-century. This is according to recently released statistics compiled by the Federal Bureau of Investigation in its annual report on crime.

It’s the largest single-year increase—by a wide margin—in murder rate since the FBI began compiling these statistics in 1960.

“The Uniform Crime Report will stand as the official word on an unusually grim year, detailing a rise in murder of around 29 percent,” reported The New York Times. “The previous largest one-year change was a 12.7 percent increase in 1968. The national rate—murders per 100,000—still remains about one-third below the rate in the early 1990s.”

The total murder rate is still far away from its historic high, but the trend is unmistakable. It looks like 2021 will have similar numbers to 2020, with only a slight dip in the national rate of increase in murder.

Again, that’s a dip in murder rate, not total murders. The trend is still going up, but not quite as historically fast.

And in some places, like Portland, the rate of increase actually continues to climb. More on Portland in just a moment.

Of course, some on the left have been quick to conclude that the issue is gunsor possibly even simply the pandemic itself.

We knew it wasn't a coincidence when homicides and gun sales both spiked in 2020.

This new data is proof. 77% of murders last year were by guns. The highest share EVER.https://t.co/lMePIGyP07

These conclusions seem dubious. Violent crime has been falling for decadeseven as gun ownership in the United States remained high.

It’s also important to note that the murder increase didn’t really start until the summer of 2020 following the death of George Floyd at the hands of police in Minneapolis. This was after the pandemic began and the country went into various states of lockdown.

While there certainly could be a variety of factors involved in the murder surge, it’s hard not to see both the efforts to defund the police and—perhaps more importantly—the “Minneapolis Effect,” as driving factors.

Following Floyd’s death, many cities hopped aboard the “defund the police” movement. Los Angeles, Baltimore, Seattle, Chicago, Portland, and Minneapoliswent through with this idea, often stripping millions of dollars out of their police budgets and directing them toward other social services.

Minneapolis is going even further and is looking to abolish its police department altogether.

This push to defund, which happened during a time of protests and increasing anti-police rhetoric from activists and lawmakers created what some have called the “Minneapolis Effect.”

This is similar to the “Ferguson Effect,” which was the violence that followed the fatal police shooting of a black man in Ferguson, Missouri, in 2014.

The effect of this phenomenon was described by Paul Cassell, a law professor at the University of Utah, on a Heritage Foundation panel in March.

Here I think we have anti-police protests surrounding George Floyd’s killing. As a result, police had to be redeployed away from their normal beats and high-crime areas to police the protests. And even extending beyond that, I think what we see has happened is a reduction in policing, particularly the kinds of policing that might be expected to have the most effect on homicides and shooting crimes.

(The Daily Signal is the news and commentary platform of The Heritage Foundation.)

Cassell’s research shows a strong connection between de-policing and anti-police rhetoric driving surges in shootings. The 2020 numbers strongly back that up.

Departments moved away from proactive policing, and now struggle to clamp down on violent crime as police officers leave the force and are not replaced.

Unfortunately, the issue is not just with the police. How much does policing matter when the justice system intentionally fails to prosecute people for crimes committed?

It’s hard not to see this toxic stew of attitudes and policies as a massive contributing factor toward why we have such a violent mess on our hands now.

“No one factor explains this criminal surge,” the Wall Street Journal editorial board concluded. “But it’s no coincidence that the bloodshed increased as cities slashed police budgets, progressive prosecutors demanded leniency and eliminated bail for criminals, and jails and prisons released thousands of lawbreakers amid the Covid-19 outbreak.”

It’s ironic that many of the defund-the-police policies were putatively adopted to stop “systemic racism.” But as the murder numbers indicate, most of the victims of the violent crime surge have been black and Latino. According to the FBI’s data, over half of the murder victims in 2020 were black.

What’s being done in the name of Black Lives Matter is destroying countless black lives and making American cities a dangerous place to be.

By Jarrett Stepman, a contributor to The Daily Signal and co-host of The Right Side of History podcast. Send an email to Jarrett. He is also the author of the book “The War on History: The Conspiracy to Rewrite America’s Past.” Original here. 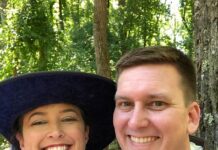 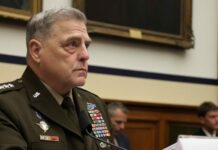 MILLEY AND BIDEN TOGETHER HAVE CROSSED A DANGEROUS CONSTITUTIONAL LINE