Nick Karl, a scientist who is involved in the production of Pfizer’s COVID vaccine, admitted to a Veritas journalist that natural antibodies are “probably better than the vaccination.” This is what many alternate doctors and scientists have been claiming since the onset of the pandemic – things that got them de-platformed and called conspiracy theorists and hounded off the internet and TV for speaking out.

The only reason Natural Immunity isn’t part of America’s pandemic response is…..

That’s it. That’s the deal.

And Project Veritas has the receipts. https://t.co/pn5rv8ya24 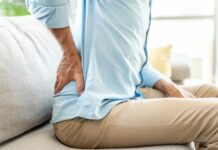