In a wild turn of events for Democrats, the Republican Party squeaked out yet another win in a Democrat stronghold.

The last two Democrat presidents dominated in the district. 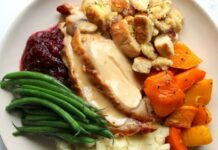