President Joe Biden is the kind of man who deliberately would steer his car into a ditch, crawl from the wreckage, and then probe the ditch for criminal conduct.

Is Biden cynical enough to blame Big Oil for a national fiasco that he concocted? Or is he so touchingly self-unaware that he misses the connection between higher pump prices and his own war on oil?

In June 2007, Biden shared with CNN anchor Wolf Blitzer his plan to cut gasoline costs: “As president of the United States, use the Justice Department to go in an investigate this whole issue of price-gouging.”

When Biden uttered such baseless paranoia in September, The Associated Press put him in his place. “THE FACTS: There actually is little evidence something nefarious is behind the higher gasoline prices, as Biden suggests.”

It takes profound naivete for Biden not to recognize how his and his team’s anti-oil animus has driven fuel costs skyward. In fewer than 11 months, this administration has:

And how is this multi-front war on oil working out? As predicted.

Team Biden’s sadism toward its fellow Americans exposes the thuggish side of its anti-oil fanaticism.

Given the religious fervor that informs Team Biden’s hatred of oil, its current actions are utterly incoherent. To escape the political hell of what it considers high-gas-price heaven, Biden begs OPEC and the Kremlin to increase oil output. This is like the Anti-Saloon League beseeching Scotland to boost whiskey production after Prohibition shuttered U.S. distilleries.

Relying on the Middle East and Moscow for energy also undermines Biden’s own environmental objectives. At the margin, Biden’s approach would generate more carbon dioxide. North American crude cleanly crosses U.S. territory (and, to a degree, the Canadian border) via carbon-neutral pipelines.

Like American reserves, OPEC’s and Russia’s oil also produces carbon dioxide when consumed, but with the added disadvantage of destroyed American jobs. By killing Keystone on his first day as president, Biden obliterated a thousand unionized positions, some 10,000 future jobs, and $2.2 billion in wages.

The president should pause his self-combusting, ecologically contradictory war on oil long enough to isolate the root cause of high energy prices.

Deroy Murdock is a Manhattan-based Fox News contributor, a contributing editor with National Review Online, and a senior fellow with the London Center for Policy Research. 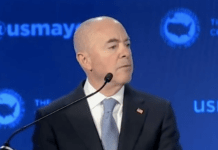 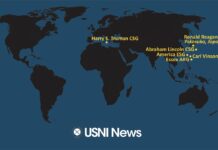 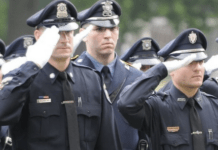 How foreign spies are infiltrating US police