California offers boy pizza to get vaccinated, tells him not to ‘say anything’

Mother Maribel Duarte told NBC Los Angeles yesterday that her son recently came home from Barack Obama Global Prep Academy in South Los Angeles with a vaccine card, telling her that he accepted the shot without her knowledge or consent after he was offered pizza. The mother told the station that the woman who gave her son the shot and signed the paper told him, “Please don’t say anything. I don’t want to get in trouble.” FoxNews.

Plus, a board member of the nation’s largest teachers’ union says people who want religious exemptions from the vaccine deserve to be fired, get sick, and “perhaps” DIE? 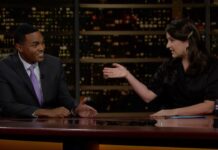