Home ANews Did the Globalists Just Make A Huge Mistake over Russian gas/oil?

From the always excellent Conservative Treehouse.

Something odd happened in the background of the G7 energy ministers’ announcement on Monday.

Here is an encapsulation of what’s weird, and you don’t have to be an expert in geopolitics and international trade to see it:

Keep in mind, the same nations in the G7 are the same nations in NATO with the exception of Japan and the only way this conflict could make any sense, is if the G7 energy ministers have just realized that forcing Russia to trade in non-euros and non-dollars will structurally undermine the G7 unilateral hold of global finance and energy policy.

The G7 is becoming fearful that the non-sanction countries, particularly India and China, (and in reality the rest of the world) will create an alternate currency to replace the petro dollar, which would weaken them in terms of trade but also screws up their push to introduce global control via climate change regulations. This conflicting position toward Russia, insofar as the G7 demands they keep selling using euros/dollars while NATO demands Russia stop receiving euros/dollars, remains brutally stark.  It is a conflicting interest, within the same policies, within the same geopolitical group – the globalists (WEF, IMF, WB, WTO, EU central banks and U.S. federal reserve) hiding in plain sight who are ultimately the drivers of political policy. Remember, yhe central bankers, finance ministers and politicians all operate under the guidelines of the International Monetary Fund (IMF), World Bank (WB) and World Trade Organization (WTO).

And what’s the number one agenda item for establishing world dominance? To pull off their much dreamed of redistribution of wealth, depopulation, rewilding, starvation, the destruction of the family and the subjugation of women, these globalists must push their fake, falsely modeled climate change agenda hard {WEF LINK}.

If the globalist team only just realized their sanctions have split up the world energy trade system – by forcing countries out of the petro dollar system and into alternates, they now see that they will lose control of the climate agenda. 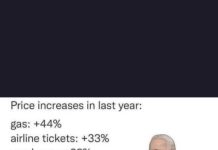 Is this you? Inflation is hitting our pantries and your annual income