Democrats are suddenly discovering there’s a downside to Joe Biden allowing the border to be inundated by illegal aliens.

Restate reported how Democratic Mayor Muriel Bowser was whining that the homeless shelters in Washington, D.C. were being overwhelmed with the illegal alien asylum seekers who were bused there from Texas and Arizona. She even tried to claim that somehow people were tricked into riding on the buses.

Homeless shelters in Washington D.C. are filling up with asylum seekers from Texas and Arizona. Mayor Bowser says “I fear that they're being tricked into nationwide bus trips when their final destinations are places all over the United States of America.” pic.twitter.com/7OOH6F2Dpl

New York City mayor Eric Adams is taking Governor Kathy Hochul and President Joe Biden to task for failing to respond to urgent pleas to help the city prepare for the wave of migrants that’s expected to materialize once the pandemic-era Title 42 public-health measure is lifted on Wednesday.

“The flow of asylum-seekers to New York City has slowed in recent months, but the tool that the federal government has used to manage those coming over the border is set to expire this week, and we have been told in no uncertain terms that, beginning today, we should expect an influx of buses coming from the border and that more than 1,000 additional asylum-seekers will arrive in New York City every week,” Adams said in a statement.

We are in urgent need for help, and it’s time for our state and federal partners to act — especially those in Congress who refuse to provide the financial resources or issue temporary work authorizations necessary for these individuals to live properly,” Adams said in a press release Sunday.

The mayor also warned that the shelter system is currently full and are “nearly out of money, staff, and space.”

“Truth be told, if corrective measures are not taken soon, we may very well be forced to cut or curtail programs New Yorkers rely on and the pathway to house thousands more is uncertain,” Adams said.

"We Are In Urgent Need For Help": NYC Mayor Starts Freaking Out Over Impending Wave Of Illegal Migrants https://t.co/QvJ2xu0u7i 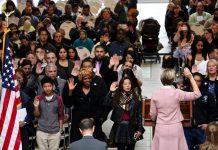 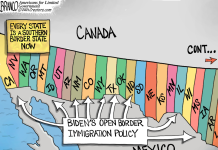 There have been more than 4 million illegal border crossings since Biden took office. 2.1 million were released.  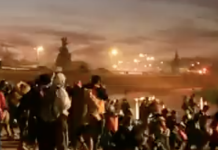