Last week, U.S. Treasury Secretary Janet Yellen warned Congress that the $31.4 trillion debt ceiling was coming due on Jan. 19 and that Congress had better act to increase or else, boy, would there be hell to pay.

The sun rose on Jan. 19. Nothing happened.

There was no default on the $31.4 trillion U.S. national debt as the Treasury continues to refinance existing debt up to the statutory debt limit as Congress considers the terms for an increase.

A comet did not strike the U.S. economy.

Interest rates did not suddenly skyrocket as the U.S. government failed to pay its obligations to bond holders.

Foreign nations such as Japan or the United Kingdom have held onto their stockpiles of U.S. treasuries, continuing the years-long arrangement of preserving the dollar as the world’s reserve currency.

Even 30-year mortgage interest rates are starting to come down off their recent highs of more than 7 percent, according to the latest Federal Reserve Data. Now they’re down to 6.3 percent.

Millions of Americans did not lose their jobs, and federal government workers today have found the lights are still on. There were no busybody credit card collection companies barring the doors of federal agencies.

And so forth. The federal government could wait another day to increase the debt limit, while Congress and in particular the House—for which all bills raising revenue must originate—do their jobs and figure out how to rein in the size and scope of government.

In fact, Republicans have for decades promised variously to use must-pass spending bills to do things like balance the budget, reduce the growth of mandatory spending and freeze discretionary spending. 2022 was no different. They told voters that’s what they’d do, and the American people voted for a House Republican majority by a 3 million vote margin.

Now, President Joe Biden might not care much about mandates to govern much. After losing the House, his legislative agenda is effectively dead for the next two years.

But it could get new life right now if he comes to the negotiating table, something he is so far refusing.

The dirty little secret is that a debt ceiling deal with House Republicans would likely help Biden politically by taking pressure off of federal deficits at a time when unemployment is really low, and keep Congress and the Treasury’s powder dry for what by most accounts is an imminent recession.

Usually, Congress engages in counter-cyclical spending when unemployment rises. This was true in 2009 and 2020, when millions of jobs were suddenly lost. In addition to expanded unemployment claims, a mainstay of the Great Recession more than decade ago, the 2020 Covid lockdowns found new things like Payroll Protection forgivable loans to small businesses, checks to households and bailouts to major industries.

And it added up. Roughly $6 trillion was added to the M2 money supply thanks to Congress spending and borrowing, and the Federal Reserve helping to print a great chunk of that.

Since this happened at the same time as an orchestrated global halt to production of goods and services while the pandemic washed over us, it was literally too much money chasing too few goods. Production is still catching up to demand, which is now sagging as U.S. household budgets are stretched thin.

Historically, that has meant recessions. And more unemployment. But right now unemployment is still historically low at just 3.5 percent. It’s probably not going much lower than that. So, Biden doesn’t need more spending right now. At all.

And he doesn’t need to worry about economic Armageddon anytime soon.

Now, maybe Biden is a gambling man and wants to play chicken with the debt ceiling. He’s the one up for reelection next year. The fact is, he can cut or freeze spending now by doing a deal with House Republicans, it will give the Treasury some wiggle room on selling treasuries, and have less money printing as a result from the Federal Reserve, helping to cool off inflation more. Politically, wouldn’t that help Biden in 2024? 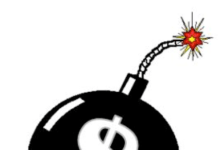 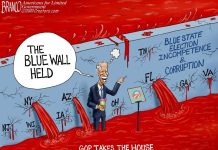