Home Government Health insurance rates set to go up half as much again in...

Occasionally we post news items from reputable sources. This article comes from the Heritage Foundation in Washington, D.C. This look forward at your possible costs for health insurance next year is presented so that you can prepare for the outcome. Of course, you may already have by-passed the system or supplemented it with a concierge doctor. But in case you are affected by these changes, we suggest you start preparing now for the implications of what will be for many states, a massive price hike.

How ‘Affordable’ Will Health Insurance Be in 2016?

For consumers purchasing health insurance under the Affordable Care Act next year, plans may no longer be quite as “affordable” as they were in the past.

Health insurance companies around the country are providing states with their proposed premium rates for 2016, and changes include rate hikes of up to 51 percent in New Mexico and more than 30 percent in Maryland and Tennessee.

The proposed rate changes come as the Supreme Court prepares to deliver its ruling on the case King v. Burwell, which will determine if consumers purchasing insurance on the federal exchange are eligible for subsidies, and as Republicans continue to push for a full repeal of the health care law. 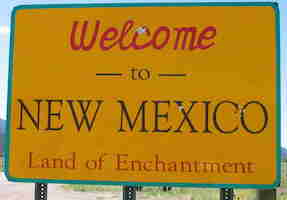 stically instead of defensively,” Ed Haislmaier, a senior research fellow in health policy studies at The Heritage Foundation, told The Daily Signal of providers with hefty rate increases.

In Maryland, according to the state’s Insurance Administration, CareFirst BlueCross BlueShield proposed premium rate increases of up to 30 percent in the individual market for 2016.

“CareFirst has predicted for some time that rates would need to climb from artificially lower levels due to the characteristics and needs of the population that has actually enrolled,” the company said in a statement.

By contrast, Cigna proposed a 2.9 percent reduction in rates.

In Tennessee, BlueCross BlueShield of Tennessee, the state’s largest insurance provider, requested to raise premiums by an average of 36.3 percent. The rate hike is the most significant in the state.

According to The Tennessean, Community Health Alliance Mutual Insurance, a nonprofit health insurance co-op, is looking to raise its rates by an average of 32.6 percent. The co-op, which started under Obamacare and received more than $73.3 million in federal grants and loans, offered the cheapest plans for Tennessee consumers in 2015 and froze enrollment after it saw an influx of customers, eventually pulling its plans from the federal marketplace.

Meanwhile, Connecticut’s HealthyCT, another co-op started under Obamacare, asked to raise its rates by 14 percent, according to the state’s insurance department. UnitedHealthcare, a private insurance company selling plans on Connecticut’s state exchange, requested an average rate increase of 12.4 percent.

Haislmaier said local and nonprofit insurance providers, including many co-ops, kept premium prices low in 2015, but are now increasing their rates after seeing an influx of enrollees. Insurance companies with cheaper plans were unsure of how expensive new customers were going to be, and now, Haislmaier said, those companies are trying to play “catch up.”

By contrast, larger, for-profit providers such as Aetna, priced more defensively and are either reducing their rates or increasing them slightly.

“Insurers that were more optimistic in setting their premiums wound up having to play catch up,” Haislmaier said. “On one level, it’s completely Obamacare. It’s catch-up by the ones who underpriced. The ones who had higher rates had realistic responses to Obamacare, and the others are playing catch up.”

Some states have already published insurance providers’ proposed premium changes. The deadline for filing requests for rate changes is today. Insurance companies asking for increases of more than 10 percent must explain the reasons for the rate hikes.

States must approve the rate changes. Melissa Quinn is a news reporter for The Daily Signal. Reproduced with permission.