Home Survival Power Terrorists plunge 140 million into dark. Next time it could be us.

A recent terrorist attack that blew up a major transmission line connected to the Pakistani national grid plunged more than 140 million people into darkness before power was restored.

The blackout affected more than 80 percent of the country’s population and all public services in all the major cities, including the capital, Islamabad. It was the third such attack in two weeks.

The success of the attack was due largely to strain on Pakistan’s antiquated grid. Like ours, the network was operating at or near maximum capacity and was very vulnerable to collapse and attack.

It’s believed that the attack will prompt more attacks on the grid as other groups attempt to replicate the success.

“When an attack this simple and inexpensive yields outsized result, said a local source, “other groups will copy it.”

The attack prompted U.S. experts to warn that terrorist cells and “lone wolves” in the United States could cause similar damage to our vulnerable national electric-grid system.

Experts and lawmakers are increasingly warning that terrorists or enemy states could wage that exact type of attack, idling electricity grids and disrupting everything from communications networks to military defenses.

The Federal Energy Regulatory Commission is pushing Congress for authority to require power companies to take protective steps, which could include building metal shields around sensitive computer equipment.

And an expert panel that Congress created to study such an attack says it would halt banking, transportation, food, water and emergency services and “might result in defeat of our military forces.”

The scenario involves a phenomenon we at Self-Reliance Central have been warning you about for months. It’s called an “electromagnetic pulse,” or EMP, which is essentially a huge energy wave that’s powerful enough to knock out the grid systems that control electrical flow across the country.

A nuclear explosion 25 to 250 miles above the Earth’s surface would be high enough that the blast wouldn’t damage buildings or spread a lethal radioactive cloud. But, at that height, the pulse would fan out hundreds of miles. And it’s reach would be devastating.

The immediate effect would resemble a blackout. Although blackouts can be restored relatively quickly they don’t usually destroy electrical products, however an EMP will damage or destroy power systems, leaving them inoperable for months, or in all probability much, much longer. 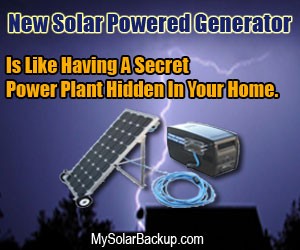 In addition, we have the risk of Black Hat Hackers. Not just bad kids in their parents’ basement, but hostile foreign governments are hell-bent on hacking into our power grid and shutting it down. In fiscal year 2014, there were 79 hacking incidents at energy companies that were investigated by the Computer Emergency Readiness Team, a division of the Department of Homeland Security. There were 145 incidents the previous year.

The bad news? The defenses aren’t holding up. Their guys are outsmarting our guys. Between April 2013 and 2014, hackers managed to break into 37% of energy companies, according to a survey by ThreatTrack Security.
It’s a real threat and you need to prepare for it.

April 2013: Unknown assailants attacked the grid system in San Jose, California. In the attack, 17 transformers that supply electricity to the Silicon Valley were knocked out by firing 100 rounds of AK-47 rounds into 17 transformers, and cutting emergency 911 fiber optic lines.

October 2013: The Mexican drug cartel, the Knights Templar, blacked out an entire Mexican state of 11 towns to enable drug lords to send a message to law enforcement that they were in charge.

June 2014: Al-Qaida in the Arabian Peninsula, (AQAP), attacked power lines in the central province of Marib in Yemen, knocking out the country’s entire national power grid and leaving services such as gas stations and other services without power.

You need an alternative power source. Wherever you live. If it’s in a high-rise or condo, you’re looking at battery-powered everything. If you have a yard, roof or wall, you should consider a solar-powered generator. For absolute emergencies solar is the one resource you can depend upon. I have a gas generator for regular power outages because I know my neighbors, I’m not worried about looters and I figure it’s only for a couple of days. So long as somewhere within driving range can pump gas, I’m good to go. But for the longer haul, it’s solar all the way.