Home Way of Life Other Do We Have the Humanity to Take Care of Each Other in...

In this guest post from South Africa Fazila Farouk looks at what the world holds for people who are dependent upon those around them. Farouk calls it the post-work world. Remember, self-reliance will always give you the edge. Please comment below if you think this is something you can see happening in the US and what you think of Farouk’s ideas. 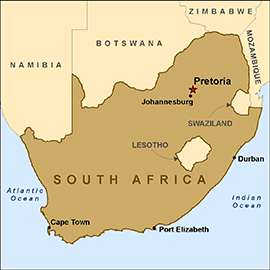 The South African government has finally come around to talking about introducing a national minimum wage. There’s still no indication what the floor will be set at, but this is surely good news in a country with one of the most deplorable levels of income inequality.

No doubt the nation will be engaged in a great deal of debate about what suitable compensation ought to be for the legions of low-level workers trapped in mundane manufacturing and service jobs. What is a decent level of pay for assembly line workers, domestic workers, cashiers, street sweepers and so on?

The business community is bound to engage in a great deal of fear mongering about further haemorrhaging jobs to China, whilst the trade unions will be putting their best case forward for decent pay and stronger labour regulation, as they should.

The parameters of this debate are well known and the arguments well-worn. But sadly for us, people on both ends of the spectrum are prone to a form of rigidity that rejects new thinking on how to deal with the age-old question of meaningfully and gainfully employing people for a life of comfort and purpose in a rapidly changing world.

It’s the idea of “a life of purpose” that is missing from the South African debate on job creation.

Very few South Africans would even entertain the question of whether or not low-level jobs should exist in the first place. We are, it seems, stuck with the quintessential Third World problem – what to do with the army of unskilled and unemployed people in the country? Conventional thinking holds that it’s better to give them a job, any job, instead of having them drag down the economy with the bleak emptiness of their unemployment.

And so we tolerate demeaning and downright offensive occupations such as “car guards” and “pamphlet distributors” whilst making no attempt to do away with work that is mundane, repetitive, unnecessary and insulting to human beings.

South Africa finds itself at an interesting juncture. Our situation is not dissimilar to countries like Greece and Spain with large numbers of unemployed young people.

The difference between our youth and theirs is that many of those kids come from middle class families and they’re highly educated. The blame for their state of joblessness has been placed on their shrinking economies that are not producing jobs in sufficient numbers to absorb them. It’s a fair argument, but increasingly, as the nature of the work environment changes, it’s becoming an incomplete argument.

There’s another problem facing the workingman and woman: To borrow a phrase recently used by the New York Times, “The machines are coming!” – and it’s not just blue and pink-collar jobs that are risk. White-collar workers are very much on the frontlines of this confrontation with the machines.

Fortune magazine recently compiled a list of “5 white collar jobs that robots have already taken“, among them financial and sports reporters, real estate agents, surgeons and anaesthesiologists, financial analysts and lawyers. The marriage of big data and software has simply done away with the need for people with number crunching and basic analytical skills. Associated Press is already using software to generate stories for some of the sporting events it provides coverage for, Fortune reports.

Meanwhile Google’s self-driving cars are stirring up a storm in California where they will be introduced on public roads in coming months.

So the lady at your nearest supermarket’s checkout counter is not the only one at risk of being replaced by the growing international trend of self-service checkout stations.

As robots start taking over many of the activities that human beings perform today, the idea of a largely jobless future is gaining currency. However, whether we see the machines as a threat or as an opportunity will depend very much on our humanity towards each other and our recognition of the fact that society is changing in fundamental ways.

Writing in The Atlantic, Derek Thompson highlights the challenges of this forthcoming “post-work” society where humans will have little work to do. His lengthy essay examines the issue from varied perspectives, including psychological, sociological and economic.

So how will we survive in the post-work society?

Thompson sees a bigger role for government to organise society in a way that its wealth is more evenly distributed. He debates a few ideas, including higher taxation for owners of capital and redistribution of income, a “universal income grant”, paying people to go to college and university to maintain an educated society, as well as supporting the creation of municipal community centres and artisanal foundries where people learn skills to apply to their daily lives, as work becomes less regular and more episodic.

The solution, whether we like it or not, is looking more socialist in orientation, and people all over the Western World are starting to push the boundaries of the debate. Even seemingly liberal analysts are invoking Marx to examine the problems of our current economic order.

The philosophers over at the School of Life, a UK-based think tank that applies philosophical theories to deal with life’s bigger problems, contend that Capitalism has got to change and Marx is going to have to be part of the solution. Of relevance is their point that “Few of us actually need to work because the modern economy is so productive. But rather than seeing this need not to work as the freedom it is, we… describe it by a pejorative word: unemployment. We should call it freedom.”

Some forward thinking CEOs are starting to embrace the change. The introduction of the 32-hour workweek in some companies is seen as one way to retain a level of employment, whilst encouraging leisure and family time. Brazilian CEO Ricardo Semler practices a radical form of workplace democracy to encourage work-life balance.

His TED talk offers hope for those frustrated by a world dominated by workaholic CEOs mindlessly pursuing wealth for its own sake. His refreshing message to those who have accumulated an abundance of wealth and want to give some of it back to society is, “If you’re giving back, you took too much.”

It’s early days in terms of fully appreciating the scope and depth of the problem that is being described by some as “the jobless future”. It’s a complex future.

The question is how are we going to respond here in South Africa? We already have masses of unemployed people. Are we simply going to insist on creating low-level menial jobs for people in an age when machines can do them?

Worse, do we continue coercing people into survivalist activities, such as car guarding which is nothing more than glorified begging, because society is unwilling to look after them?

Very few of us would ever think of ourselves as being disrespectful towards others, but we are indeed disrespecting the humanity of large masses of people in this country by continuously calling for them to be employed in low-level jobs performing tasks that can be done by machines.

Moving beyond ethical considerations, we should be thinking about bypassing the problems that the First World is facing today. They offer us a glimpse into the future and an opportunity to set a different course that could circumvent many of the challenges, which plague them today. For this, our society requires a massive mind shift in terms of how we view each other.

We should automate our work as much as we can and free others and ourselves for a life of higher purpose. This will require fundamental changes to the way our society is organised as well as a massive redistribution of wealth.

The problem, of course, is that those who hold the wealth are unwilling to share it – there is massive class conflict all over the world. Here in South Africa this tension is heightened by racial difference because those who own this country’s economy tend largely to be white, whilst those who languish in poverty and joblessness are largely black.

Will those who own the wealth of this country ever overcome their prejudices to reach across the race and class divide to build a society that nurtures its own? It’s difficult to offer an answer to this question, but the challenge for us all is to look deep into our hearts and far into the future to build a strong nation that will withstand the ravages of an impending world without much work for human beings.