For millennia people have used herbs to treat ailments and heal diseases. 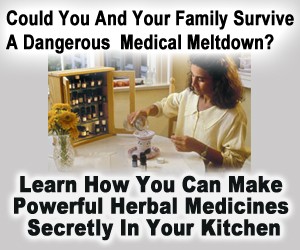 But with the advent of modern medicine, many natural remedies went out of style. Yet herbs can still soothe and cure. Here are a few common herbs that have a place in the medicine cabinet as well as the spice rack.

Rosemary is one of the most popular healing herbs. Rosemary is effective against indigestion and can soothe painful gas attacks. It is reputed to boost memory. Rosemary can also be used as an antidepressant and the essential oil made from rosemary is claimed to ease headaches and migraines and relieve sore muscles. Rosemary is also reputed to stimulate hair growth, and some research indicates that taking rosemary as a dietary supplement can reduce the risk of breast cancer.

Eating chives promotes cardiovascular health and boosts the immune system. Research has also indicated that chives can reduce inflammation, lower blood pressure and help fight cancer. Traditionally, chives were used to kill intestinal parasites, improve the digestion and to treat anemia. The leaves or the bulbs of garlic chive, which are much like regular chives but with a flavor similar to garlic, can be used to relieve itchy or painful bug bites. Also, try growing your own. Both chives and garlic chives are hardy perennials that thrive with minimal attention.

Traditionally, parsley has been used to regulate menstruation and to treat liver and spleen ailments such as jaundice and gastritis. It is also believed to promote urination. Recent research has also shown parsley to have marked antibacterial and antifungal properties. Apiol, a chemical found in parsley, can be used to stimulate contractions of the uterus during labor. Because of apiol, it is believed that pregnant women should avoid parsley.

increase energy and endurance, fight stress and regulate blood pressure, correcting both high and low problems. The Russians gave ginseng to victims of the Chernobyl nuclear disaster to help them overcome the effects of radiation. It is thought to improve reaction times and concentration in the elderly. The best-known type of ginseng comes from Korea, but there are varieties with similar benefits that grow in North America and Siberia.

Everybody’s favorite weed has been found to discourage gallstones. It also aids the digestion and can soothe constipation and tummy aches. Research also indicates that dandelions can help relieve jaundice, chronic inflammation and enlargement of the liver. Consume dandelions by adding the leaves to salads, drying and grinding the roots and adding the resulting powder to coffee or tea or by making a tea from either the roots or the leaves.

Cinnamon has been used for gastrointestinal ailments for thousands of years. Besides aiding digestion, cinnamon has antifungal and anti-yeast properties and can be used to fight painful Candida albicans infections. The essential oil from cinnamon bark kills bacteria and can be used against Staphylococcus aureus. Cinnamon is believed to prevent tuberculosis and aid in its treatment. Lipid Nanoparticles – These will really mess with your head