Home Food Why haven’t you heard of this carcinogen in your food? 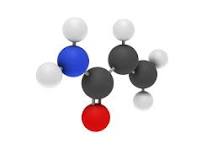 You probably haven’t heard of it but there’s a potential carcinogen created in your food when you cook it at too great a temperature.

It’s called acrylamide. Acrylamide is a chemical that can form in some foods during high-temperature cooking processes, such as frying, roasting, and baking. Acrylamide in food forms from sugars and an amino acid that are naturally present in food; it does not come from food packaging or the environment.

The problem with acrylamide is it’s potentially deadly. In fact, the National Toxicology Program and the International Agency for Research on Cancer consider acrylamide to be a “probable human carcinogen,” based on studies in laboratory animals given acrylamide in drinking water.

And it’s not just cancer! Certain doses of acrylamide are toxic to the nervous system of both animals and humans. The most common exposure after food and cigarettes is from work. High levels of acrylamide in the workplace have been shown to cause neurological damage, e.g., among workers using acrylamide polymers to clarify water in coal preparation plants.

There is currently very little information about, and poor understanding of, how acrylamide is formed in foods. It appears to be produced naturally in some foods that have been cooked or processed at high temperature and the levels of acrylamide appear to increase with the duration of heating. The highest levels found so far were in starchy foods (potato and cereal products). The World Health Organization even fears that this deadly substance can cause genetic damage!

Everyone is agreed that further research is needed to explain why acrylamide forms in food as well as the conditions that promote or reduce its presence in food but there doesn’t seem to be any major rush. The problems have been well documented since 2002 and there has been no major push to warm consumers of the damage they might be inflicting upon their own bodies and those of their children. Could this be because of pressure from vested interests in the industrial food business?

Whatever the reason, we have some real world tips on how to reduce your consumption of this deadly substance.

How to limit your consumption of acrylamide: High-temperature cooking methods, such as frying, baking, or broiling, have been found to produce acrylamide, while boiling and microwaving appear less likely to do so. Longer cooking times can also increase acrylamide production when the cooking temperature is above 120 degrees Celsius.

To avoid acrylamide, food should not be cooked too long or at too high a temperature. Acrylamide has so far not been found in food prepared at temperatures below 248 degrees Fahrenheit, or 120 degrees Celsius, including boiled foods. However, all food, especially meat and meat products, should be cooked sufficiently to destroy food poisoning bacteria.

Elevated levels of acrylamide have been found in some home cooked foods, as well as pre-cooked, packaged and processed foods. Decreasing cooking time, blanching potatoes before frying, and postdrying (drying in a hot air oven after frying) have been shown to decrease the acrylamide content of some foods. And as usual – ditch the processed foods and don’t smoke.