Home Health Could this funny Peruvian plant be a natural alternative to HRT? 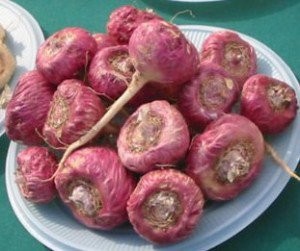 Most women experience the onset of the menopause at an average age of about 50, but it can start anytime from the early forties to the late fifties. Symptoms can vary: some women sail through but others suffer the miseries of hot flushes, night sweats, irritability, depression, lack of energy and loss of libido.

Orthodox medical practitioners invariably prescribe hormone replacement therapy (HRT) and often anti-depressants and tranquillisers, which can become addictive. However, there is a natural alternative.

HRT is prescribed to counter balance the reduced production by your body of oestrogen which can lead to increased risk of osteoporosis and weakened bones leading to fractures. However, two large clinical trials have shown that HRT does not, in fact, significantly reduce the incidence of bone fractures, and there is an increased risk of heart disease, gallstones, and breast and endometrial cancer.

Rather than a shortage of hormones, it is said that most menopausal symptoms are more to do with an imbalance. By eating a healthy diet, taking regular exercise and natural supplements, you can boost the health of your bones, and balance sugar levels and your hormones.

It is well known that people in some parts of the world (for example Japan and the Mediterranean countries) rarely suffer from heart disease due to their different national diets. It is less well known that women in the Andes region of Peru do not suffer menopausal symptoms.

Peruvian women take Maca, a tuberous plant related to the potato. Maca is a plant that grows in central Peru in the high plateaus of the Andes mountains. It has been cultivated as a vegetable crop in Peru for at least 3000 years. Maca is a relative of the radish and has an odor similar to butterscotch. Its root is used to make medicine.

Centuries ago, the Incas inhabited this area and, in order to boost their energy, their warriors used to take Maca before going into battle. When the Spanish conquered the area they found that their horses suffered from the high altitude. The locals advised them to feed Maca to the horses and the animals immediately experienced an increase in energy levels. The Spanish found that what was good for their horses would also benefit humans, so payment for the taxes levied on the locals was taken in Maca.

In foods, Maca is eaten baked or roasted, prepared as a soup, and used for making a fermented drink called Maca Chicha. In agriculture, it is used to increase fertility in livestock.

Maca root contains many chemicals, including fatty acids and amino acids. However, there isn’t enough information to know how Maca might work.

Menopause
There are three phases of menopause: the peri-menopause or the year or so prior to the onset of the menopause when the your body misses the occasional menstrual period. During this time a low dose of 1500mg is recommended to counteract the slow down in the production by your body of hormones.

During the actual menopause, increase the dose to around 4000mg each day for a period of 2-3 months, and then reduce the dose to 2000mg.

In the post menopause phase, reduce your daily intake of Maca to 1500mg. The risk of osteoporosis is apparent from the onset of the menopause and thereafter.

In addition to your daily intake of Maca, you should consider taking supplements containing aloe vera, Glucosamine, Chondroitin, MSM, and vitamin C. This should ease stiffness and pain in the joints and promote mobility and good bone health.