Home Legal Documents By your own hand – Writing a will 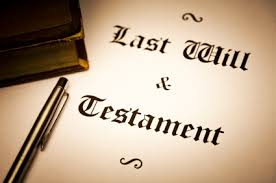 Wills have been used since people owned property, and lawyers have only been in serious surplus for the last century. So what did we do to before lawyers?

The answer is simple. We wrote our own wills. And today, many handwritten wills, wills done in crayon, and wills done on a paper bag are indeed valid. Handwritten wills, also known as holographic wills, are valid in most states. Although wills must generally be signed by two witnesses, if the holographic will is “entirely in your own handwriting, no witnesses are required.”

What is more important is that the will is written to begin with. A will, defined as “The legal instrument that permits a person, the testator, to make decisions on how his estate (property and assets) will be managed and distributed after his death.” by West’s Legal Dictionary, is a depressing necessity.

Dying intestate, or without a will, can lead to ugly disputes over assets. And worse, the courts will step in and appoint an executor, which further depletes the estate. Also, often the courts are ignorant of the deceased’s wishes, and just apportion the money according to the statute for intestacy in that particular state.

When “rock idol” Jimi Hendrix died suddenly in 1970, he left no will. It is quite possible that Hendrix, like many of us, thought he was too young to need one.

As it was, according to the laws involving dying intestate, the chief beneficiary of the will was Hendrix’s estranged father. Since then, there have been bitter disputes over the estate between the dead musician’s family, band members, and women claiming to be mothers of his children. If the singer had written a clear will, the state would not have intervened.

Certainly, if an unmarried couple has been living together for many years, and there are no “common-law” marriage laws in a given state, the interests of the surviving partner can be completely disregarded by the court in favor of a relative who had no contact with the deceased.

If you die intestate, and the law must appoint a guardian, the court costs can deplete the estate. This is even more of a reason why a will is in your best interests–even written without a lawyer.

Basic rules
Surprisingly, writing a valid will can be inexpensive — or even free. Will formats can vary, but it’s important to state certain things clearly:

If there are still questions about format, just Google “Make a Will” and pick the one you like best!

However you handle the will, ensure that you don’t die without one. And if your estate is complicated, or if you have unscrupulous relatives who may fight your wishes — suck it up — buy some lawyer’s time.

The Squirrel says: Be sure not to alternate between handwriting and typing, such as hand writing in the blanks of a downloaded form. In some states, a holographic will must be entirely in the will maker’s own handwriting for it to be valid, and must include certain things like a dated signature whereas a printed form with blanks that you fill in (like this sample will) may not automatically be valid unless there are witnesses. However, other states will allow a partially handwritten will to be valid without witnesses, under certain conditions. Check on your state here. 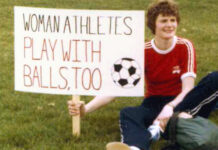 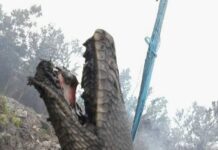