Home Way of Life Firearms A reader writes: Start small caliber and work up to “rolling your...
Another letter from a Squirrel reader. Thanks SMC! As I have mentioned before, I’m no firearms expert so I expect you all to use your noggins and double check everything you read here with an expert at your local gun store or NRA range. I have zero experience in “rolling your own” ammo as described below and I’m fascinated to hear about it but would strongly caution that you learn all about it before trying it at home. If you have comments, please leave them below the article at the bottom of the page.
If you would like to contribute a piece you’ve written yourself, write to me at [email protected]
Hi Kelly
I’ve bought as many of my guns and related items as possible from mom and pop gun stores because the bulk of the money spent there supports the shooting industry, not just that gun store. I hate to see gun money also spent supporting everything else but Second Amendment related causes. Kayaking and snow shoes for example have zero to do with Second Amendment rights.

Whether you pick a rifle, pistol or shotgun, keep it small.

Whatever you choose, start out with a small caliber, yes! even for adults, preferably with .22 caliber rimfire. Shooting anything with a heavy recoil that barks like a howitzer will turn a new shooter right off. Stick with magazine fed pistols rather then a wheel gun (revolver). (You’ll also find it easier to resell .22 caliber semi-auto pistols than wheel guns. And acquire a .22 caliber rimfire rifle for all the same reasons.
For shot gunning I recommend a 20 gauge semi auto that can shoot a light 2-3/4, 7/8 oz, #8 shot – shot shells and if possible (affordability of gun) able to shoot 3 inch magnum rounds. Of course, you could step down to the bottom of the scale and shoot a 410 shotgun for kicks but you’ll probably get rid of it sooner than you expect.

Note: There is no .22 caliber rimfire ammo available in reloads, but when you’ve moved up to larger calibers you can consider factory ammo or DIY reloading.
Yes, there is off the shelf “reloaded” rifle and pistol ammo sold mostly at gun shops and gun shows. But…
WARNING: Don’t shoot reloads that you personally haven’t made yourself!!! You’ll save money for sure buying reloaded ammo but you risk damaging your gun and even yourself using the stuff.
If I hadn’t experienced reloaded ammo issues personally and saw the same issues happen to someone else, too, I’d still be using the stuff. I’ve experienced on two separate occasions double- (maybe more then double) charged 45 ACP rounds that blew the magazine out of the bottom of the gun causing the mag to hit me on the top of my shoe with enough force to leave a red mark on my foot. The second time it happened I got hit in the face with a few brass shell fragments (I always wear safety glasses) only this time the magazine hit a flat rock next to my foot hard enough to damage the magazine.  A double charged round issue happened once to a guy standing next to me firing a 9mm pistol – he got brass fragments in the face and the blown out mag.
Factory ammo for rifle, pistol and shotgun is as a rule the way to go unless you want to “roll your own”.
If you really get the serious shooting bug for pistol (larger then .22 rimfire) after, say, a year of it, as in shooting about 200 rounds a week every week at least, then get a reloader and roll your own but hang on to that .22 pistol if you like it.
For reloading pistol you need to go with a simple progressive reloading press set up not to just save money but to save time because single stage reloading is tedious and very, very time consuming. However, if you do start out with a single-stage press (with carbide dies) and then wants to go automated (within parameters of some minor but required hands-on choreography) your investment won’t be lost. All loading “dies” use the same standard threading from manufacture to manufacturer, press to press, therefore the dies won’t go to waste and that single-stage press can be used for making a couple of quick test rounds if need be and can eventually be used for rifle cartridge reloading.
Rifle cartridge reloading is a meticulous and time consuming endeavor that requires some muscle power and a heavy duty press for the resizing step. I’m not sure if carbide dies are available for rifle caliber – it’s been a while since I’ve done any reloading. So, if you do begin with the single stage press up front then get a heavy duty model!

In my opinion, the great thing about the gun market is you can get very close to what you paid for a gun when you resell it. Depending of course on the brand. So as with most things, if you’re willing to shell out more up front for high-quality brand name recognition you will get your money back so long as there’s no rust on it. Most guns are not depreciating items like cars are plus guns are much more affordable then cars which means a few choice guns around is like money in the bank.
Oh, one last word of caution: Always treat every firearm as if it’s loaded – check it, check it and recheck it.
SMC 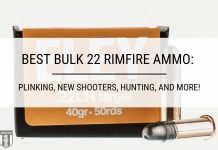 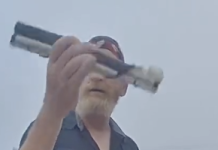