Civil asset forfeiture is as regular readers know, a policy that law enforcement often abuses to seize a person’s property, such as cars, homes, money, and other valuables, without ever charging the person with a crime. But there’s good news if you live in the state of Florida. Gov. Rick Scott has signed into law a bill that requires police to actually arrest and charge a person with a crime before attempting to seize and keep their property:

State Sen. Jeff Brandes, a St. Petersburg Republican, sponsored the measure, which was supported from both sides of the political spectrum.

“Florida is once again taking a leadership role in the defense of private property rights, and other states should look to our work and enact similar reforms to protect the rights of their residents,” Brandes said.

“The notion that police officers can take cash or other property from people never charged with any criminal wrongdoing and keeping any profits from the sale of seized property doesn’t sit well with the public,” he said. “Voters want action on civil asset forfeiture and it was smart politics for Gov. Scott to sign off on this.”

[T]he Department of Justice has restarted its federal “equitable sharing” asset forfeiture program that allows law enforcement agencies to partner with the federal government and then keep a huge chunk of what they seize. Police departments often use this program to attempt to bypass restrictions their states put in place that either establish tougher rules for seizures or reduce how much money or property police are allowed to keep.

In Florida’s case, the law is written so that a property seizure may only take place if the owner of the property is arrested for a crime for which said property would be described as “contraband.” That appears to put in place restrictions that would avoid a federal bypass. 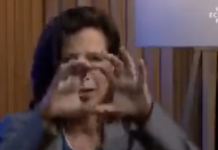 Shady Elites & Big Tech “We Own the Science”