Coconut Oil –How can it help you?

Extra-virgin olive oil consistently tops the list in popularity when it comes to culinary oils. But these days coconut oil seems to be stealing the spotlight. Health claims abound around this tropical oil, but so does controversy. So what is it all about? Here are some facts about coconut oil from Healthy South Dakota:

Where Does Coconut Oil Come From?

There are two main types of coconut oil that you can use in cooking and baking: Virgin and refined.

Some food manufacturers may use yet another form of coconut oil that’s further processed: partially hydrogenated coconut oil.

What about partially hydrogenated coconut oil? Be cautious of processed food products, such as commercial baked goods, that contain this type of the oil. The further processing of coconut oil transforms some of the unsaturated fats into trans fats.

Virgin (or unrefined) coconut oil has a very light, sweet-nutty coconut flavor and aroma. It’s ideal for baking or medium-heat sautéing — up to about 350°F. It’s a good culinary choice when preparing curries or other dishes that benefit from a slight tropical flavor.

Refined coconut oil is basically tasteless. It can be used for baking or for medium-high heat sautéing or stir-frying — up to about 425°F. It’s an option when you need a cooking fat with a neutral flavor.

Though high in saturated fat, virgin coconut oil doesn’t contain trans fat, making it a better choice than trans fat-containing shortening. And for vegans or strict vegetarians, coconut oil offers a plant-based replacement for butter that stands up well in baking or sautéing.

Like other oils, coconut oil should be stored well sealed and in a cool, dark place. It solidifies when too cool, but quickly liquefies when warmed up. 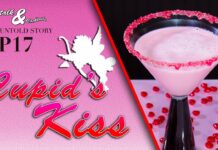 Forgot a Valentine Card? Make her a Cupid’s Kiss! 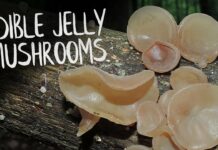 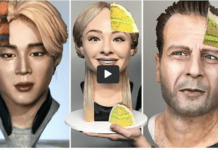 The most incredible hyperrealistic cakes compilation of 2020