Home Way of Life Food for Thought The Cold War is back. And the first casualty is truth. 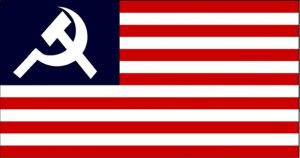 It’s back. Russia is taking on the West. It is fearful of NATO and trying to outwit the Allies. Its cyber-Army is focused on attacking and controlling strategic infrastructure, exposing and undermining political processes (The Democrat and Clinton hacks will not be the last. The Republicans must be worried, too.) As we know, Zero Day Attacks (where parasitic computer malware is planted ready to attack, command and control its host) is planted across the West just awaiting to be launched. The NSA itself was hacked and its cache of zero day codes was stolen and put up for auction on the web. The culprit? Russia is the most likely, and most capable, suspect.

And now, Russia is up to its old soviet-era tricks. As Putin wages his own survival war with arch-rival Igor Sechin, he is spreading the airwaves with lies. The dissemination of untruths allows him to steal a march in his battle to hold onto to power in Moscow and hold firm in his battle for the Crimea and Ukraine.

From the New York Times:

The planting of false stories is nothing new; the Soviet Union devoted considerable resources to that during the ideological battles of the Cold War. Now, though, disinformation is regarded as an important aspect of Russian military doctrine, and it is being directed at political debates in target countries with far greater sophistication and volume than in the past.

The flow of misleading and inaccurate stories is so strong that both NATO and the European Union have established special offices to identify and refute disinformation, particularly claims emanating from Russia.

The Kremlin uses both conventional media — Sputnik, a news agency, and RT, a television outlet — and covert channels…that are almost always untraceable…Both depict the West as grim, divided, brutal, decadent, overrun with violent immigrants and unstable.

Russia exploits both approaches in a comprehensive assault, Wilhelm Unge, a spokesman for the Swedish Security Service, said this year when presenting the agency’s annual report. “We mean everything from internet trolls to propaganda and misinformation spread by media companies like RT and Sputnik,” he said.

As we all know, the minute a story hits the internet it takes on a life of its own. And the Russians have worked out how to whip up stories and confuse people.

Disinformation most famously succeeded in early 2014 with the initial obfuscation about deploying Russian forces to seize Crimea. That summer, Russia pumped out a dizzying array of theories about the destruction of Malaysia Airlines Flight 17 over Ukraine, blaming the C.I.A. and, most outlandishly, Ukrainian fighter pilots who had mistaken the airliner for the Russian presidential aircraft.

The cloud of stories helped veil the simple truth that poorly trained insurgents had accidentally downed the plane with a missile supplied by Russia.

Right now, in the middle of a bitter election, you should check whether anything you read or hear about Europe or NATO or the US has sprung from a Russian source. Ignore it if it has. Moscow naturally denies using disinformation to influence what we think here in the West, and responds to accusations with “It’s Russophobia.” But it’s doing it. Really work the internet to find the original source of what you read. Check and double-check. And beware of “useful idiots” – the ignorant who spread the message on behalf of the power-hungry Putin.

Speaking this summer on the 75th anniversary of the Soviet Information Bureau, Mr. Kiselyev said the age of neutral journalism was over. “If we do propaganda, then you do propaganda, too,” he said, directing his message to Western journalists.

“Today, it is much more costly to kill one enemy soldier than during World War II, World War I or in the Middle Ages,” he said in an interview on the state-run Rossiya 24 network. While the business of “persuasion” is more expensive now, too, he said, “if you can persuade a person, you don’t need to kill him.”