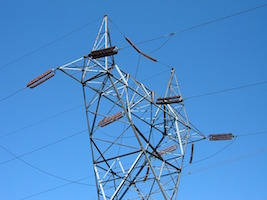 Many Americans (but not Self-Reliance Central readers!) have never heard of EMP (which is short for electromagnetic pulse), much less would they consider it a national security issue worth worrying about.

Unfortunately, an EMP attack poses a threat that is both real and also quite serious. An electromagnetic pulse within the United States could cause serious harm to our nation’s electrical grid, causing a cascading series of deleterious effects across vital infrastructures.

Put simply, an EMP would knock us back to the Stone Age.

Given our tremendous dependence on electronics, it is not difficult to envision the ensuing catastrophe and breakdown of social order.

A report recently released by the Jewish Institute for National Security Affairs details the nature of the threat and the relatively inexpensive steps the United States can take to counter it.

For potential enemies of the U.S. who can’t hope to match our conventional capabilities, an EMP attack provides an opportunity to land a devastating first strike to America.

North Korea—hardly known for its cool-headed rationality—possesses the technology to do this. Iran has the missile technology, though it lacks (for now) the nuclear warhead.

In addition to a man-made attack, a large solar storm could also cause similar effects. In 1859, the so-called Carrington event fried telegraphs over a wide area. As the recent report indicates, the likelihood of a similar solar event in the next decade is around 10 percent. This is already significant without adding on the probability of an EMP attack.

To counter the EMP threat, the U.S. needs to adopt a clear deterrent posture, which requires understanding what U.S. adversaries value and being able to effectively threaten an unacceptable level of retaliation in response to an EMP attack.

Additionally, the U.S. should pursue a comprehensive missile defense system—including the development of space-based interceptors—to defend against both long-range missiles and short-range missiles launched off the U.S. coast.

Given the existential nature of the EMP threat, it would be foolish for the U.S. not to prepare itself against the threat. In the words of Rep. Doug Lamborn, R-Colo., “we live in an increasingly dangerous world. Why not take one of the threats off the table and just make it so that that’s not something we have to stay awake at night about?”

For more insight on EMPs and the national response see our article.

COMMENTARY BY:David  Poortinga, a member of the Young Leaders Program at The Heritage Foundation. 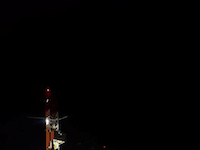