If I’ve learned one thing from throwing holiday parties, it’s this: I have neither the time nor the space to mix individual cocktails. When I need drinks for a big bash, I drag out my mother’s 1960s-era, cut-glass punch bowl and start pouring in ingredients. Punch — it’s the harried host’s friend.

What defines a punch varies. If you believe the word is a derivation of the 17th-century Sanskrit panch, which means “five,” punch is a blend of five ingredients: liquor, water, fruit, sugar and spices. Under this definition, sangria and wassail would be punches. Homemade eggnog would not.

If you opt for the Late Middle English term puncheon to explain punch, all you need is a large cask of liquids. No spices, sugar or water are needed. One of my quickest holiday concoctions, blood orange screwdrivers, fits this description. It’s a simple mixture of vodka and blood orange juice served from a large bowl.

No matter whether my creations use two or 10 ingredients, I try to make them as winning as possible. Even so, I occasionally fail. Take, for instance, my first attempt at “cran-cran-Pro-cran.” Made with cranberry juice, cranberry liqueur, Prosecco and frozen cranberries, this intoxicating red potion seemed a sure hit.

It began well. At the start of the evening, its luscious ruby color beckoned guests to the punch bowl. Pleasingly plump, bobbing cranberries enticed them to ladle out cup after cup. The promise of chilled, tart-yet-sweet, sparkling alcohol caused an eager line to form. Everyone wanted a sip of this cheery punch.

After two hours of steady stirring and scooping, the punch started to fizzle out. Those pert, round cranberries that had danced across the red sea? They now sat forlorn and misshapen at the bottom of the bowl.

Washed out punch aside, I did learn from my mistake. Unless I plan on periodically making fresh batches of sparkling, berry-dotted punch and serving it from pitchers — a practice known as “cups” — I now opt for a less delicate libation.

On cold party nights, a hot, spiked beverage sounds delightful. At least that’s how I once thought of my family’s holiday tradition of wassail.

A medieval drink associated with winter, wassail customarily contains ale or wine, spices, sugar and apples. My family recipe amps up the warming properties by calling for hot apple cider and a generous amount of white rum.

With wispy steam and hints of cinnamon, cloves and ginger rising from the punch bowl, wassail looks and smells perfect for the season. Unfortunately, as with sparkling wine-based drinks, hours of sitting out are not kind to this hot, spiced brew.

As you might expect, if left in a traditional punch bowl, wassail eventually grows cold. However, when placed in stockpot on the stove or in a slow cooker on low heat, it cooks down and becomes cloyingly sweet. Neither scenario results in an appealing beverage. Except on low-key nights when I can periodically slip into the kitchen and replenish the supply of warm, fresh wassail, I go with a different offering.

Try a punch that looks and tastes good

What never lets my guests or me down is a cold punch. With the exception of the historic Fish House Punch, which requires a ring of ice to cool and temper the strong combination of rum, cognac and brandy, I don’t add ice. Instead I fill insulated buckets with ice and let people chill their own drinks.

If my drink includes fruit juice, I freeze ice cube trays filled with juice and toss the cubes into the bowl as guests arrive. In the case of decadent Moose Milk (see recipe below), I substitute a half-gallon block of vanilla ice cream for ice cubes. With that, the rich, spicy eggnog stays frosty and flavorful long into the night.

When making holiday punches, I aim for looks as well as taste. Colorful cocktails such as the French white wine and crème de cassis combo Kir, the cranberry juice- and vodka-based Cape Codder and red sangria make lovely chilled punches. In truth, most cocktails look and taste fabulous when ladled from a punch bowl. Just remember to multiply the amounts required to match the head count.

This holiday season, save yourself the headache of mixing a variety of drinks. Instead, dust off the old family punch bowl, gather together a few festive ingredients and let the celebrations begin.

1. Place the milk, eggnog, rum, brandy, vanilla extract, allspice and half the cinnamon and nutmeg in a large punch or serving bowl and stir to combine. Refrigerate until ready to serve.

2. About 10 minutes before your guests arrive, remove the punch from the refrigerator and place the block of ice cream in the center. Sprinkle the remaining cinnamon and nutmeg over top. Serve chilled. 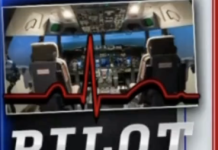 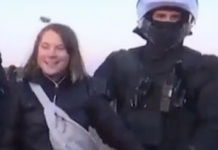 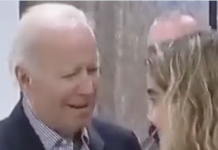