All things considered, I like small businesses more than big businesses.

Not because I’m against large companies, per se, but rather because big businesses often use their political influence to seek unearned and undeserved wealth. 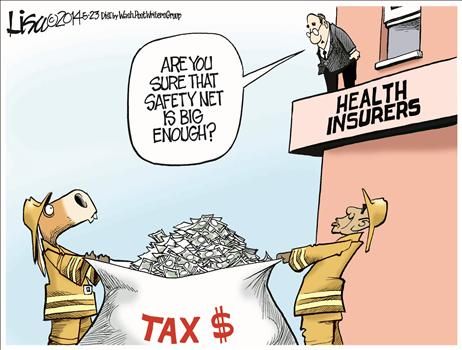 If you don’t believe me, just look at the big corporations lobbying for bad policies such as the Export-Import Bank, Dodd-Frank, Obamacare, bailouts, and the green-energy scam.

It’s almost as if cronyism is a business model.

By contrast, the only bad policy associated with modest-sized firms is the Small Business Administration. And I suspect the majority of little firms wouldn’t even notice or care if that silly bit of intervention was shut down.

Rather than seeking handouts, small businesses generally are more focused on fighting back against excessive government.

That’s because taxes and red tape can be a death sentence for a mom-and-pop firm. Literally, not just figuratively.

The Daily News reports on the sad closing of popular restaurant in New York City.

For 25 years, China Fun was renowned…the restaurant’s sudden Jan. 3 closing, blamed by management on suffocating government demands. …“The state and municipal governments, with their punishing rules and regulations, seems to believe that we should be their cash machine to pay for all that ails us in society.” …Albert Wu, whose parents Dorothea and Felix owned the eatery, said the endless paperwork and constant regulation that forced the shutdown accumulated over the years. …Wu cited one regulation where the restaurant was required to provide an on-site break room for workers despite its limited space. And he blamed the amount of paperwork now required — an increasingly difficult task for a non-chain businesses. “In a one-restaurant operation like ours, you’re spending more time on paperwork than you are trying to run your business,” he griped. Increases in the minimum wage, health insurance and insurance added to a list of 10 issues provided by Wu. “And I haven’t even gone into the Health Department rules and regulations,” he added. …“For smaller businesses like China Fun, each little thing that occurs makes it harder,” said Malpass. “Each regulation, each tax — you put it all together and it’s just a hostile business environment.”

This is rather unfortunate, but perhaps it is a “teachable moment.”

There are two things that came to mind as I read this story.

The moral of the story is that we should have smaller government. Not just lower taxes (and simpler taxes), but also less regulation and red tape.

Not just because such policies are good for overall economic performance,

but also because small businesses shouldn’t be disadvantaged.

P.S. Since we’re on the topic of how government tilts the playing field in favor of big companies (at least the corrupt big companies), let’s enjoy some humor on that topic.

Starting with Uncle Sam’s universal bailout application form. And we also have the fancy new vehicle from Government Motors. 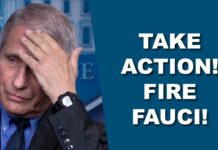 Sen. Blackburn Calls on Fauci to ‘Step Aside’ 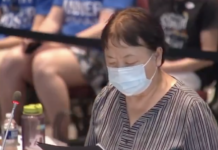 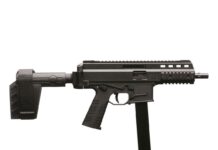 Inflation up almost 5 percent past 12 months amid torrent of...

Sen. Blackburn Calls on Fauci to ‘Step Aside’

Latest case of killer virus in Michigan serves as warning to...

Sound Advice for Rodgers’ Rangers (then and now)

Viral Vid: Juggling from Above