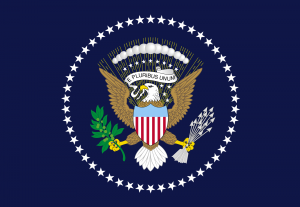 Happy Presidents Day! From George Washington to Donald Trump, 45 men have served as President of the United States.  We at ALG have identified a quotation for each of these men.  Some of the quotes are better known than others, some a little more eloquent; all of them spoken by the Chief Executive and Commander-in-Chief of this great nation.

We hope you will enjoy this unique reflection of American history and welcome your comments about what we got right and, especially, what we got wrong.

George Washington:  The basis of our political systems is the right of the people to make and to alter their Constitutions of Government.  (Farewell Address)

John Adams: A government of laws, not of men.  (Quote)

Thomas Jefferson:  We hold these truths to be self-evident, that all men are created equal, that they are endowed, by their Creator, with certain unalienable Rights, that among these are Life, Liberty, and the pursuit of Happiness.  (Declaration of Independnce)

James Madison:  As the people are the only legitimate fountain of power, and it is from them that the constitutional charter, under which the several branches of government hold their power, is derived, (Federalist 49)

James Monroe:  The American continents, by the free and independent condition which they have assumed and maintain, are henceforth not to be considered as subjects for future colonization by any European power. (Monroe Doctrine)

John Quincy Adams:  Let our answer be this: America, with the same voice which spoke herself into existence as a nation, proclaimed to mankind the inextinguishable rights of human nature, and the only lawful foundations of government. (Speech on Independence Day)

Andrew Jackson: There are no necessary evils in government. Its evils exist only in its abuses. If it would confine itself to equal protection, and, as Heaven does its rains, shower its favors alike on the high and the low, the rich and the poor, it would be an unqualified blessing. (Veto Message Regarding the National Bank)

William Henry Harrison:  There is nothing more corrupting, nothing more destructive of the noblest and finest feelings of our nature, than the exercise of unlimited power.  (Quote)

John Tyler:  Wealth can only be accumulated by the earnings of industry and the savings of frugality. (Quote)

James K. Polk:  Under the benignant providence of Almighty God the representatives of the States and of the people are again brought together to deliberate for the public good.  (Fourth Annual Message to Congress)

Zachary Taylor:  For more than half a century, during which kingdoms and empires have fallen, this Union has stood unshaken. The patriots who formed it have long since descended to the grave; yet still it remains, the proudest monument to their memory. (Quote)

Millard Fillmore:  The man who can look upon a crisis without being willing to offer himself upon the altar of his country is not fit for public trust. (Quote)

Franklin Pierce:  It must be felt that there is no national security but in the nation’s humble, acknowledged dependence upon God and His overruling providence.  (Inaugural Address)

James Buchanan: The ballot box is the surest arbiter of disputes among free men.  (Quote)

Abraham Lincoln: [T]hat we here highly resolve that these dead shall not have died in vain — that this nation, under God, shall have a new birth of freedom — and that government of the people, by the people, for the people, shall not perish from the earth.  (Gettysburg Address)

Andrew Johnson:  Honest conviction is my courage; the Constitution is my guide. (Quote)

Ulysses S. Grant:  The war is over — the rebels are our countrymen again. (Appomattox Surrender)

Rutherford B. Hayes: (b)ut he (The President) should strive to be always mindful of the fact that he serves his party best who serves the country best. (Inaugural Address)

James Garfield:  Under this Constitution, the boundaries of freedom have been enlarged, the foundations of order and peace have been strengthened, and the growth of our people in all the better elements of national life has indicated the wisdom of the founders and given new hope to their descendants. (Inaugural Address)

Chester Arthur:  Men may die, but the fabric of our free institutions remains unshaken. (Quote)

Grover Cleveland:  Officeholders are the agents of the people, not their masters.  (Quote)

Benjamin Harrison:  The virtues of courage and patriotism have given recent proof of their continued presence and increasing power in the hearts and over the lives of our people.  (Inaugural Address)

William McKinley:  We need Hawaii just as much and a good deal more than we did California. It is manifest destiny.  (Quote)

Theodore Roosevelt:  It is not the critic who counts, not the man who points out how the strong man stumbled, or where the doer of deeds could have done better. The credit belongs to the man who is actually in the arena; whose face is marred by the dust and sweat and blood; who strives valiantly; who errs and comes short again and again, because there is no effort without error or shortcoming; who knows the great enthusiasms, the great devotions and spends himself in a worthy cause; who at the best, knows in the end the triumph of high achievement, and who, at worst, if he fails, at least fails while daring greatly; so that his place shall never be with those cold and timid souls who know neither victory or defeat.  (The Man In the Arena from “Citizenship and the Republic”)

William Howard Taft:  Socialism proposes no adequate substitute for the motive of enlightened selfishness that to-day is at the basis of all human labor and effort, enterprise and new activity.  (Quote)

Warren Harding:  A republic worth living in is worth fighting for, and sacrificing for, and dying for. In the fires of this conflict we shall wipe out the disloyalty of those who wear American garb without the faith, and establish a new concord of citizenship and a new devotion, so that we should have made a safe America the home and hope of a people who are truly American in heart and soul.  (The Republic Must Awaken)

Calvin Coolidge:  The business of America is business.  (Quote)

Herbert Hoover:  Bureaucracy is ever desirous of spreading its influence and its power. You cannot extend the mastery of the government over the daily working life of a people without at the same time making it the master of the people’s souls and thoughts.  (Campaign Speech)

Franklin D. Roosevelt:  So, first of all, let me assert my firm belief that the only thing we have to fear is fear itself.  (First Inaugural Address)

Harry Truman:  It is amazing what you can accomplish when you do not care who gets the credit.  (Quote)

Dwight D. Eisenhower:  In the councils of government, we must guard against the acquisition of unwarranted influence, whether sought or unsought, by the military-industrial complex.  (Farewell Address)

John F. Kennedy:  Let every nation know, whether it wishes us well or ill, that we shall pay any price, bear any burden, meet any hardship, support any friend, oppose any foe to assure the survival and the success of liberty.  (Inaugural Address)

Richard Nixon:  Always give your best, never get discouraged, never be petty; always remember, others may hate you, but those who hate you don’t win unless you hate them, and then you destroy yourself.   (White House Farewell)

Gerald Ford:  As President, my primary concern must always be the greatest good of all the people of the United States whose servant I am. As a man, my first consideration is to be true to my own convictions and my own conscience.  My conscience tells me it is my duty, not merely to proclaim domestic tranquility but to use every means that I have to insure it.  (Nixon Pardon)

Jimmy Carter:  We always believed that we were part of a great movement of humanity itself called democracy, involved in the search for freedom, and that belief has always strengthened us in our purpose. But just as we are losing our confidence in the future, we are also beginning to close the door on our past.  In a nation that was proud of hard work, strong families, close-knit communities, and our faith in God, too many of us now tend to worship self-indulgence and consumption.  (Malaise Speech)

Ronald Reagan:  In this present crisis, government is not the solution to our problem; government is the problem.  (First Inaugural Address)

George H.W. Bush:  This is an historic moment. We have in this past year made great progress in ending the long era of conflict and cold war. We have before us the opportunity to forge for ourselves and for future generations a new world order, a world where the rule of law, not the law of the jungle, governs the conduct of nations.  (Persian Gulf War Address)

Bill Clinton:  But I want to say one thing to the American people. I want you to listen to me. I’m going to say this again: I did not have sexual relations with that woman, Miss Lewinsky. I never told anybody to lie. Not a single time. Never. These allegations are false. And I need to go back to work for the American people.  (Lewinsky Scandal)

George W. Bush:  I can hear you! The rest of the world hears you! And the people, and the people who knocked these buildings down will hear all of us soon!  (Remarks at Grounded Zero)

Barack Obama:  Change will not come if we wait for some other person or some other time. We are the ones we’ve been waiting for. We are the change that we seek.  (Super Tuesday Campaign Speech)

Donald Trump:  The establishment protected itself, but not the citizens of our country.   Their victories have not been your victories; their triumphs have not been your triumphs; and while they celebrated in our nation’s Capital, there was little to celebrate for struggling families all across our land.  That all changes – starting right here, and right now, because this moment is your moment: it belongs to you.  (Inaugural Address)

WTH: ‘What Is the Nature of Your Prayer Today?’ Cops Ask