Thanks to the latest satellite imagery, we can show you the latest photos of where the regime carries out these intentionally ultra-violent executions.

It is virtually impossible to verify the report, but such executions also took place in 2014. In this latest alleged incident, the five were senior officials in the state security agency, accused of making false reports to Kim.

The report of the executions comes after North Korea’s state security minister Kim Won Hong was removed from his position. The five appear to have worked under him.

That execution appears to have been captured by satellite. In a shocking report, the Committee for Human Rights in North Korea and AllSource Analysis, Inc., published satellite photos taken on Oct., 7 2014 showing unusual activity at a small-arms rifle range located on a military base 15 miles north of Pyongyang.

The base is only about three miles from Pyongyang’s international airport, which greets what few foreign visitors are allowed into the isolated country.

The black-and-white photos are grainy, but they show what appear to be large rifle batteries lined up in front of the range’s reviewing stand.

The range is designed for use by rifles and is not safe or practical for use in anti-aircraft gun training. Additionally, the guns do not appear in any photos taken before or after that date.

About 100 feet away are six figures that appear to be people. At only 100 feet, they would shred a human body into a pulp.

Parked near the range are several vehicles, as well as a bus — indicating a large number of visitors at the moment.

In North Korea, executions are often public spectacles, intended to drive fear into the witnesses.

Given the remote location of the range, and the large number of stadiums in Pyongyang where public execution of civilians are held, it seems the people trucked in to this military base were government officials.

With these latest reports of executions of Pyongyang-based government officials, by anti-aircraft gun, we tracked down the latest satellite photos of North Korea’s execution range, where the savage act most likely took place.

In these clearer, color, photographs you can clearly see the reviewing stand, as well as the locations where the machine guns and victims would be situated.

The location offers quick access to members of the DPRK regime, including Kim Jong Un. While most roads in North Korea are in a tremendous state of disrepair, the main road between the international airport and Pyongyang is kept in good condition, to both allow officials quick access to travel and to give foreign visitors a positive impression.

These new, updated, satellite photos give a chilling picture of the sheer savagery of these executions — a psychological act intended to make Kim Jong Un’s own regime terrified of its brutality. 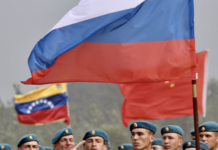 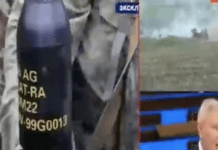 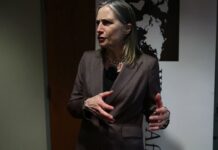 Would Putin do it? Yes, says expert Fiona Hill (remember her?)