Two things will survive a nuclear war.  Cockroaches and the IRS.  This really tells you where the government’s priorities are. – SRC

Bear with me for a moment, because what I’m about to say will be grim at first, but I assure you that it has a strange and perhaps hilarious payoff.

I want you to imagine for moment, what your life might be like after a nuclear war. Put yourself in the place of someone who is clinging to a meager existence after the complete and utter collapse of society. It’s been several weeks since you emerged from your basement or fallout shelter. You are now just scraping by in a desolate community that you once called home.

Your body aches with hunger pangs, as you ration what little food you have, day by day. Your neighbors are a shell of their former selves. The few that have survived, are either mentally unwell, hungry, or are suffering from the effects of radiation sickness. You’re not sure if it’s safe to go outside anymore, as gunshots can be periodically heard in the distance, day and night.

And even if you did leave, you’re not sure if there’s anywhere you could go. The freeways are clogged with abandoned vehicles, the local shops are empty, and fuel is incredibly hard to come by.  You’d never make it far.

So you remain in your home, which looks like it’s been through a hurricane. The roofing is stripped, the windows are shattered and boarded up, and the paint is ever so slightly peeled and darkened after enduring the distant heat of a nuclear blast. You sit at home, and wish that everything could go back to the way it was before; when society functioned, the streets were clean, food was plentiful, and the government still existed.

Then you hear a knock at the door. Your heart is pounding, because you’re not sure if you should be afraid of who is on the other side, or grateful that some kind of disaster relief has finally arrived. You cautiously approach the door and look through the peephole. Much to your surprise, there is a strange man patiently waiting outside. He’s wearing a tattered business suit, broken glasses, and a bicycle helmet. Who could this be?

You slowly open the door just a few inches, and with a furrowed brow, you quietly ask him what he wants. He holds up a blue and white ID badge that says “IRS” in thick black letters. He asks you, without a hint of jest, if you’ve filed your tax return this year.

Sound outlandish? It is, but don’t tell that to the IRS. It turns out that since the Cold War, the Internal Revenue Service has established plans for how their bureaucracy would operate after a nuclear war. Their contingency plans are published in their employee handbooks, which the New York Times reported on back in 1989.

An addition to the Internal Revenue Manual, which is supposed to guide the conduct of all I.R.S. employees, declares that if the bomb is dropped, ”operations will be concentrated on collecting the taxes which will produce the greater revenue yield.”

An I.R.S. spokesman, Johnell Hunter, said today that the new section -titled ”National Emergency Operations” – had been added to the manual in response to a directive to Government departments from the Federal Emergency Management Agency.

Within 30 days of an attack emergency, the agency would expect to resume assessing and collecting taxes. At that time, the manual states, many employees might find themselves reassigned to carry out essential functions ”regardless of and without any effect on the current positions or grades of the employee.”

Previous iterations of this plan sound no less insane. In 1982, the Washington Post reported on their  “Design of an Emergency Tax System” which talked about how the US government would continue to collect revenue, even if the tax system was completely destroyed. The author of the report suggested enforcing a 20% sales tax on all goods and services.

So try to imagine how this would go down. After the apocalypse the IRS thinks that it’s going to send their agents and officers out into an utterly devastated and lawless country, and ask starving people to cough up money that is most certainly worthless. I mean, that’s the only way that taxes could be collected right? It’s not like you could put a check in the mail. You couldn’t call them, and share the routing number of your bank account (if it even still exists). You couldn’t file your taxes online. The IRS would have to come to you.

And in an economy that would at least temporarily revert back to bartering, how would they collect any kind of tax, much less a 20% sales tax? If you traded a blanket with your neighbor in exchange for five cans of food, are they going to tell you that you owe them one of those cans? And how many people I wonder, would assume that they’re being scammed when an IRS agent knocks on their door?

Even if the IRS survives a nuclear war, I have a feeling that their employees who are sent out to collect taxes, wouldn’t live for very long.

Joshua Krause was born and raised in the Bay Area. He is a writer and researcher focused on principles of self-sufficiency and liberty at Ready Nutrition. You can follow Joshua’s work at our Facebook page or on his personal Twitter. 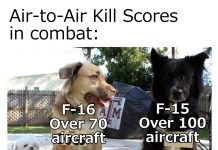 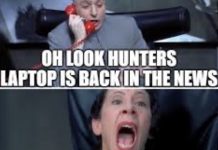 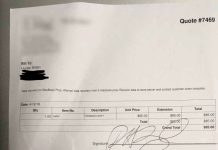