Apple just rolled out its high-definition voice protocol, and it’s amazing. It’s like the person is standing next to you. You can hear everything crystal clear, even slight breathing inflections.

That new technology gives it an edge over the competition. And there’s plenty of it. You can make voice calls on the Facebook app, on Google Plus, on Skype, and probably one hundred other applications. And get this: they are all free.

The last time I made a Facebook audio call from my phone, the person on the other end was shocked. “I didn’t know you could do this!” Well, it’s a button on the app, shaped like a ringing phone. You click it.

And so much for long distance charges. I can recall a time when you would be in some other city and use the chance to call Aunt Julia just because it didn’t cost anything. Now you can call all over the world, person to person, at no charge. It’s a service the providers are begging you to use.

The first cell phones were a dream come true. Now they are ubiquitous.

The audio phone seems perfect, finally. It can’t possibly be improved any more than it is, not that I can see.

Then there’s the video phone, the dream of the 1960s, finally having arrived, with no fanfare. The quality is stunning. It too is free, and all the providers — and there are so many — are just begging you to use their service.

It’s a utopia of phone communication.

And wouldn’t you know it, at this exact moment in history, people have turned against it.

I’ve suspected for a while that no one under the age of 30 wants any phone calls. Ever. Voice mails are considered to be so passé that they elicit eye rolls. “Let it go to voicemail” really means: “I’ll pretend this isn’t happening.”

Even I’ve felt it. The phone rings, and I see the name and think: this had better be life and death or else. Parents and loved ones can call, but no one else.

It took the magnificent and gradual evolution of technology working with markets, brought along through the efforts of countless millions and billions of users, over the course of the 150 years between the first phone call and the latest Facebook audio program that no one uses, to arrive at this new utopia.

Then humanity just walks away from it.

Just to check my sense, I searched around a bit and found this Quora question: “What’s behind many millennials’ aversion to speaking on the telephone?”

The answer is obvious, on reflection. When you are on the phone with a person, both people have to want to do the same thing at the same time. You can’t choose. No multitasking. There has to be what economist call a “double coincidence of wants.”

Talking on the phone, then, is like barter: good exchanges for good, directly and simultaneously. Text or emailing or chatting, in contrast, holds out the possibility that the other person can answer at his or own convenience. It is the difference between direct and indirect exchange.

Calling a person isn’t direct coercion, but it can feel like it. “Stop whatever you are doing right now — no matter how important it is — and immediately turn your attention to me!”

For the generation that grew up with the Internet and texting, with its endlessly flexible options on reading and answering, indirect communication seems more polite and humane.

Thus does the cycle end. After all these years of perfecting the phone, the whole of humanity decides to revert to a technology that has more in common with the dots and dashes of Morse Code and a delivery system that avoids real-time communication as much as a telegram from Western Union.

The lesson here: never think you can outwit the crowd-sourced wisdom of the masses of humanity. You think something is wonderful and desired by all, and you are shocked to discover that, even after a century and a half of improvement and being wildly popular the whole time, it is not desired at all anymore. And curses on that Alexander Graham Bell guy!

There might also be an interesting meta-issue here: Maybe there is something in us that needs to believe that that something is not quite right, that something can be improved, if only so that our minds and imaginations can dream up better things. When a technology becomes flawless and universal, the contrarian in all of us rises up and says: nah, never wanted that anyway.

By the way, Apple’s new phone technology really is wonderful. I urged you to try it, even while knowing you won’t. 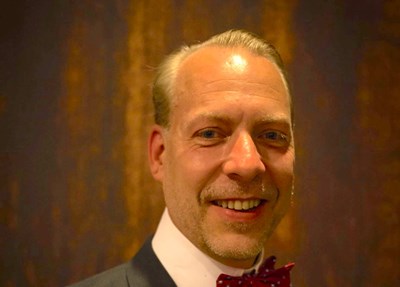 Jeffrey Tucker is Director of Content for the Foundation for Economic Education. He is also Chief Liberty Officer and founder of Liberty.me, Distinguished Honorary Member of Mises Brazil, research fellow at the Acton Institute, policy adviser of the Heartland Institute, founder of the CryptoCurrency Conference, member of the editorial board of the Molinari Review, an advisor to the blockchain application builder Factom, and author of five books. He has written 150 introductions to books and many thousands of articles appearing in the scholarly and popular press.