Home Way of Life Just for fun Because we all love the Spelling Bee!

NATIONAL HARBOR, Md. – Ananya Vinay, a 12-year-old speller from Fresno, California, is the champion of the 2017 Scripps National Spelling Bee, presented by Kindle.

Vinay earned the title in round 36 when she correctly spelled “marocain,” which is defined as “a dress fabric that is made with a warp of silk or rayon and a filling of other yarns and is similar to but heavier than canton crepe.”

This was Vinay’s second time participating in the National Finals. She tied for 172nd place in 2016.

Rich Boehne, chairman, president and CEO of The E.W. Scripps Company, awarded Vinay the engraved championship trophy moments before ESPN signed off from its national broadcast of the 90th Scripps National Spelling Bee.

“Ananya proved her depth of knowledge of root words and word origins to master round after round of some of the most challenging words in the English language,” said Boehne. “The entire week was an impressive showcase of talented students who have dedicated so much time and effort to this skill. They exude commitment and true grit. Scripps takes great pride in serving as steward of the nation’s largest and longest-running educational event.”

Vinay represents sponsor The Fresno Bee and is in 6th grade at Fugman Elementary School in Fresno, California.

The competition began Tuesday with 291 spellers who advanced to the Scripps National Spelling Bee after beating the odds to reach this level. They are among the top 0.000026 percent of more than 11 million students who participated in spelling bees held in classrooms, schools and locally sponsored events around the country.

The champion receives:
From Scripps: a $40,000 cash prize and the Scripps National Spelling Bee engraved trophy.

Some of the tricky words she encountered earlier appear in this compilation. 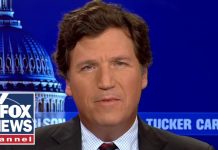 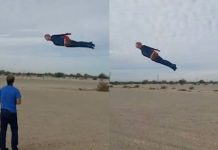