Home Way of Life Family My Hometown is Gone. 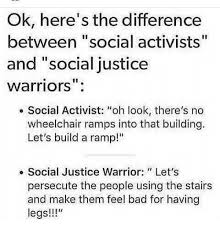 ould call me out for featuring this article on the grounds I’m being racist or anti-multi-cultural or whatever BS they can come up with to stoke the fires of their perpetual indignation but this story really made me think. When did the original residents get consulted before importing so many people from alien cultures? NOTE TO CRITICS: IT’S A REASONABLE QUESTION!

Self-reliance is about more than prepping for a storm, it’s about prepping for whatever life can throw at you. And we need to be ready for everything, including the occupation of our homes.

In this article, “My Hometown is Gone,” Loretta Brady, who describes herself as a Christian, American, Gen-X, Stayhome Mom, Attorney was raised in Utica, NY. She left for a while and returned. Her childhood was spent in the American Dream, a large Catholic family playing across yards with other families. Her family went “way back” and had been stalwarts of the community.

Fast forward to her return. Utica had always been “the city that loves refugees” but under Obama things accelerated. Muslim immigrants were suddenly in local bureaucratic positions where they had power over you. This, in what is probably one of the most corrupt states in the union, where the power of the state is everything. The Methodist Church had become a mosque (photo).

In a personal example Loretta describes the day she made a mistake that got her arrested. She had popped into a drugstore leaving her kids in the car. Utica is near the Canadian border so not very hot, and certainly it was something her parents had done with her and she’d never stopped to think about. She was reported and arrested. The process was conducted by local officials. Her words:

Go here and read her whole story. See how she couldn’t get food stamps but the refugees could, see how housing went first to refugees, see how these groups would not integrate with the community. And read how Loretta wept when she moved to North Carolina and went to a Walmart full of — Americans.

This story of how a faded town is being sold out in order to fulfill the Liberal ambition of destroying Western civilization, and change America for ever will really make you think.

From Pilgrim Privation to Private Property: The True Story of  American “communism”