Home Government Busybodies Why we don’t want a cashless society – ever. 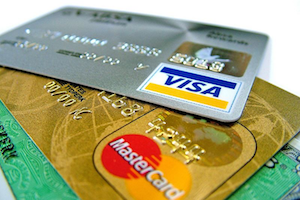 Imagine a life without cash? If you’re like me you’re probably almost there. Credit cards, debit cards, swipe technology, online purchases, it goes on.

So why not get rid of cash? BECAUSE IT WOULD BE CRAZY! We need cash for all kinds of things. Gift-giving, emergencies, power outages, secrets.

A cashless society would be an authoritarian dream come true. It would give government total knowledge of, and control over, the finances of every single American.

We’ve been looking at cyber snooping – and no one does it better than government, well add big data manipulation, and our slide into a cashless economy and consider what’s going to happen if we lose control of cash. Government will be able to legislate and control us. Its cronies will manipulate us. Hackers will steal from us. And nothing will be private ever again.

When governments gain power – they use it. And it won’t be long before we would be unable to buy sugary drinks, or cigarettes or meat. The push to abolish cash is a big push to abolish freedom and what little of our privacy that remains. Imagine what will happen if we can only pay with biometric data (fingerprints, retinal scans, etc) – we could be cut off in a second!

Kenneth Rogoff, a former chief economist at the IMF,has released an essay calling for an immediate phasing out of $20 bills. As with most oppressive moves by the government, they claim it’s to stop drug dealing and racketeering and paying under the table. This is just the start. It must be fought.

Check out what the statist puppet says here.