Home Way of Life Just for fun We’ve got your backs, girlfriends!

I know you all love Diamond and Silk, the sisters (biological) from Fayetteville, N.C. who are super-Trump supporters. Their YouTube videos are both funny and political as well as being unusual because they come from the right of politics.

It looks like YouTube decided to pull their advertising revenue generated from the ads that run at the front of their videos and the Ladies think it’s because they support President Trump.

Diamond and Silk have accused Youtube of censoring their viral videos Thursday, saying the platform is violating their First Amendment rights, according to Twitchy.

Lynnette Hardaway and Rochelle Richardson tweeted on Thursday that Youtube has “demonetized 95 percent” of the duo’s videos, saying they’re “not suitable for all advertisers.”

Sounds like Censorship to us, which is a Violation of our First Amendment. A Bias Method used to Silence our Conservative Voices. @YouTube pic.twitter.com/SBrTsDDKFT

Sarah Palin entered the fray with a tweet of her own – and she’s right. They are messing with the wrong ladies!

They are messing with the wrong ladies. We’ve got your back Diamond And Silk. https://t.co/UZTJDCGzQ0

And here’s their video addressing the situation.


Want an alternative to Google? Try Duckduckgo.com For Mac and PC users. 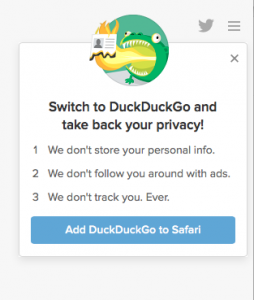