Don’t go blind looking at the sun during the eclipse. I remember as a kid my dad smoked glass with candle soot so we could watch an eclipse. Nowadays that gets a big no-no!

There are two ways to look at the Sun safely: by direct viewing, with a proper filter, or by projecting the Sun’s image onto a piece of paper. They protect the eye against both visible and invisible radiations.

Walmart is selling eclipse glasses at $3.88 according to their website. If you’re not shopping at Walmart for political reasons, other retailers like 7-Eleven, Best Buy, Bi-Mart, Casey’s General Store, Circle K, Hobby Town, Kirklands, Kroger, London Drugs, Love’s Travel Shops, Lowe’s, Pilot/Flying J, and Toys “R” Us may still have them. You could also go to a welding-supply store and buy a piece of #14 arcwelder’s glass, which reduces sunlight enough for safe direct naked-eye viewing.

You don’t necessarily need fancy equipment to watch a solar eclipse. With just a few simple supplies, you can make a pinhole camera that allows you to view the event safely and easily. Here’s how.


Visit NASA’s Eclipse Across America site for more information on the Aug. 21, 2017, total solar eclipse. And check this page for eye-specific information. 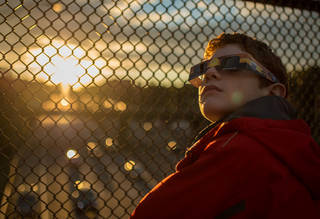 It is never safe to look directly at the sun’s rays – even if the sun is partly obscured. When watching a partial eclipse you must wear eclipse glasses at all times if you want to face the sun, or use an alternate indirect method. This also applies during a total eclipse up until the time when the sun is completely and totally blocked.

During the short time when the moon completely obscures the sun – known as the period of totality – it is safe to look directly at the star, but it’s crucial that you know when to take off and put back on your glasses.

First and foremost: Check for local information on timing of when the total eclipse will begin and end. NASA’s page of eclipse times is a good place to start.

Second: The sun also provides important clues for when totality is about to start and end.

1) As the moon moves in front of the sun, there comes a time when there is a single bright spot left – a bright spot that, in combination with the atmosphere of the sun still visible around the moon, looks like a giant diamond ring. 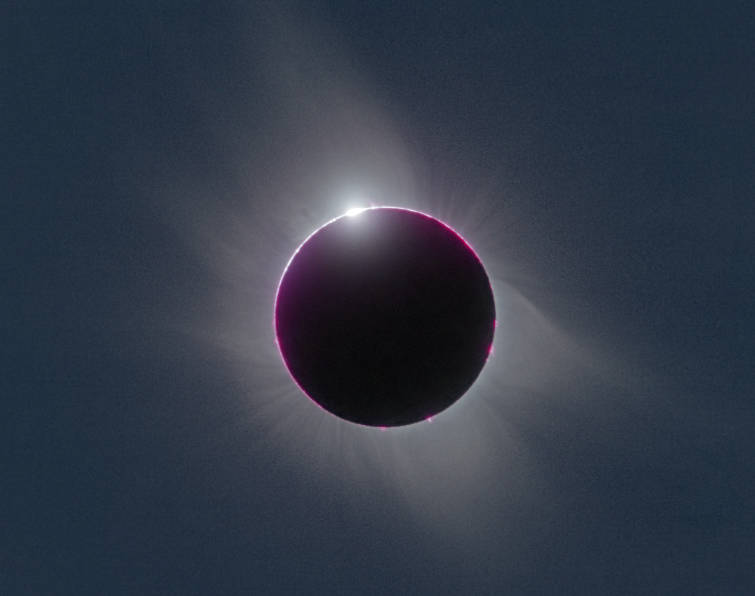 2) As the moon continues to move, this bright spot may break up into several points of light that shine around the moon’s edges. Known as Baily’s Beads, these are light rays from the sun streaming through the valleys along the moon’s horizon. Baily’s Beads are very short-lived, and may not last long enough to be noticeable to all observers of the total solar eclipse. It is still not safe to look at the sun at this point! Only when these spots completely disappear can you safely look at the sun. 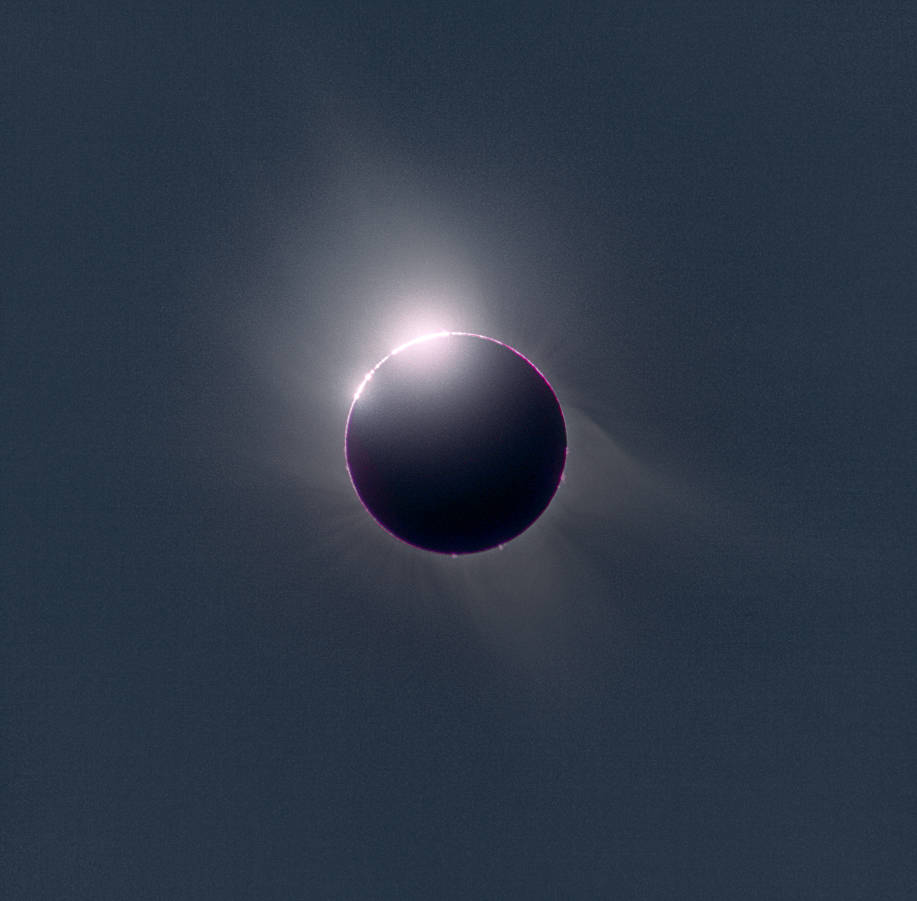 3) Once the Baily’s Beads disappear and there is no longer any direct sunlight coming toward you, you may look at the total eclipse safely.  But you must still be vigilant to make sure you protect your eyes again before the end of totality.  The entire total eclipse may take only a minute or two in some locations. 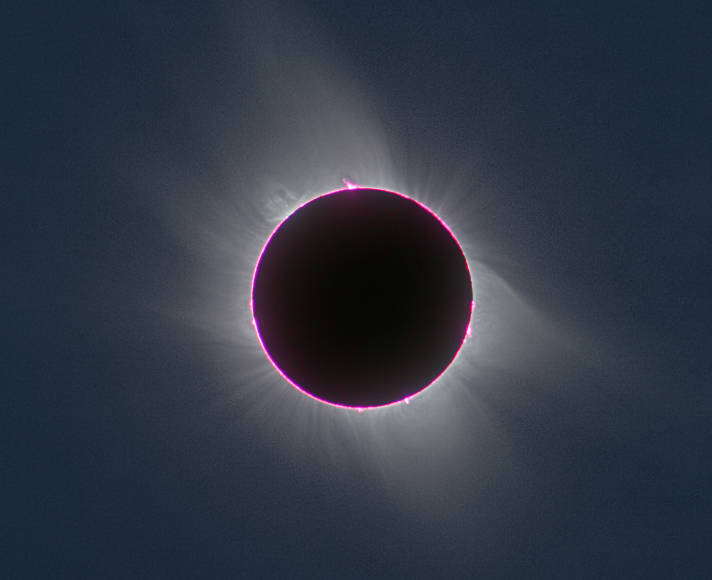 4) As the moon continues to move across the face of the sun, you will begin to see brightening on the opposite side from where the diamond ring shone at the beginning. This is the lower atmosphere of the sun, beginning to peek out from behind the moon and it is your signal to stop looking directly at the eclipse. Make sure you have safety glasses back on – or are otherwise watching the eclipse through a safe, indirect method – before the first flash of sunlight appears around the edges of the moon. 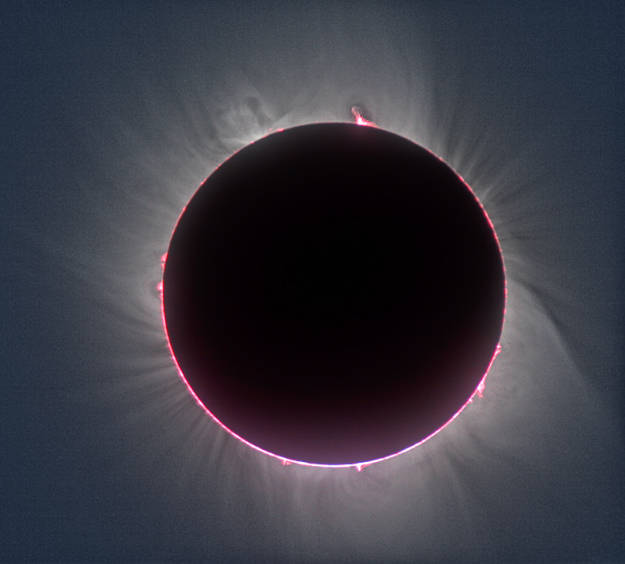 5) Once your eyes are protected again, you may continue to watch the final stages of the eclipse as the end process mirrors the beginning: You will once again see Baily’s Beads and then a diamond ring, before the entire sun is once again visible. 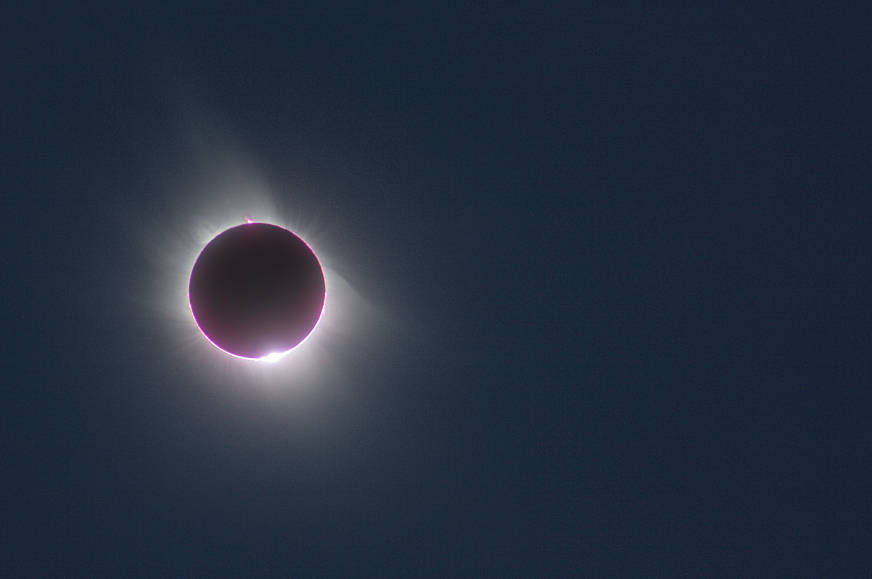