I know, that’s a clickbait headline but it’s a very real issue. Especially if you are a heavy make-up user or work in the business. Cosmetics in the US are not governed by many regulations so it’s up to you to find out what you’re putting on and in your body, and what the risks might be.

According to the FDA, “There are no regulations or requirements under current United States law that require cosmetic manufacturers to print expiration dates on the labels of cosmetic products.”

Which means you could be putting stuff on your skin that contains bacteria. Natural products have very short shelf-life unless they contain certain essential oils, but it’s safe to assume that most opened make-up, moisturizing cream, sunscreen and cleansers are carrying some type of bacteria. That’s why I am a big fan of soap! Pump-action devices are less prone to bacteria as the contents aren’t exposed to as much oxygen and airborne bacteria. Steer clear of samples in stores – especially eyeliner. You don’t want an eye infection! 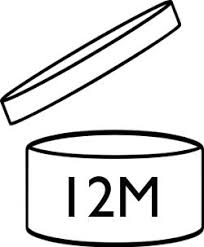 Some cosmetic manufacturers give you a clue. They have an image of a makeup container with a a number inside it. This number refers to the number of months considered safe before you throw away an opened container. You see it on tubes and tubs containing make-up and personal hygiene products.

Also of concern is the chemicals found regularly in cosmetics. Here are a few of concern highlighted at safecosmetics.org. The Campaign for Safe Cosmetics coalition, a project of Breast Cancer Prevention Partners (formerly the Breast Cancer Fund), works to protect the health of consumers, workers and the environment through public education and engagement, corporate accountability and sustainability campaigns and legislative advocacy designed to eliminate dangerous chemicals linked to adverse health impacts from cosmetics and personal care products.

Click on the links below to find out which chemicals are found in which cosmetics and moisturizer. 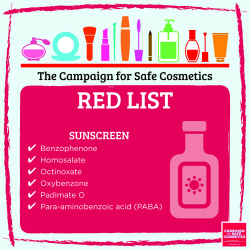